Do You Know How is a Cyclocross Bike Different from a Road Bike?

Cyclocross bikes have rapidly become popular over the last couple of years. If you are one of those who sees no difference between cyclocross and road bikes, then this ThrillSpire post is for you. It gives an interesting comparison between cyclocross vs. road bikes, with the help of their benefits, wheels, gearing, geometry, size, and much more.

Home / Skiing / Do You Know How is a Cyclocross Bike Different from a Road Bike? 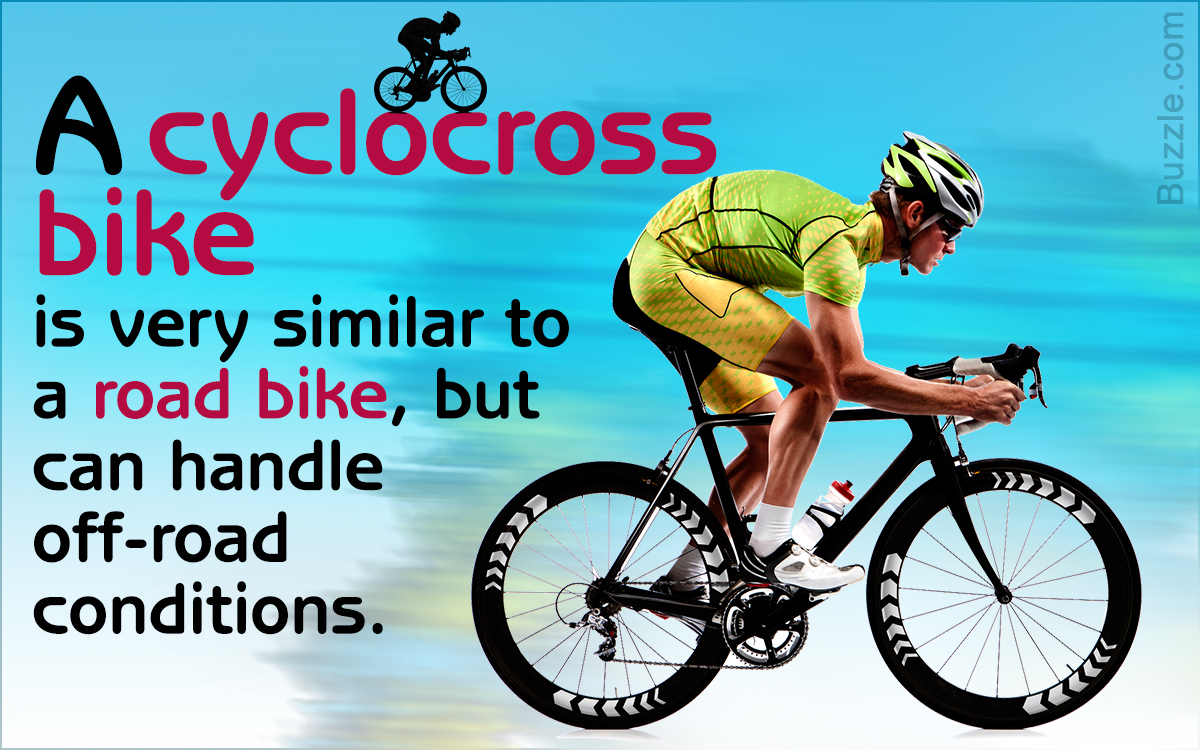 Cyclocross bikes have rapidly become popular over the last couple of years. If you are one of those who sees no difference between cyclocross and road bikes, then this ThrillSpire post is for you. It gives an interesting comparison between cyclocross vs. road bikes, with the help of their benefits, wheels, gearing, geometry, size, and much more. 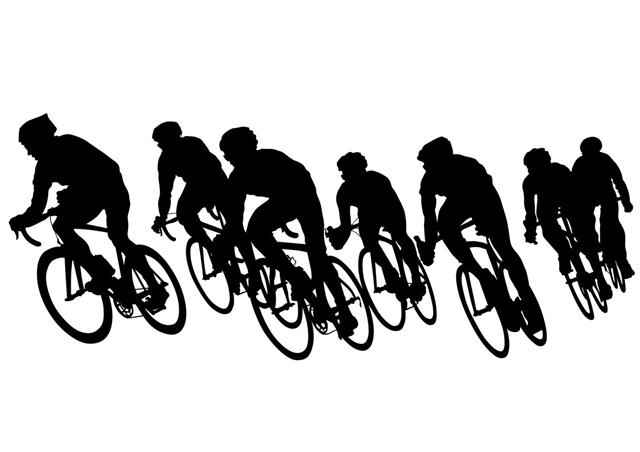 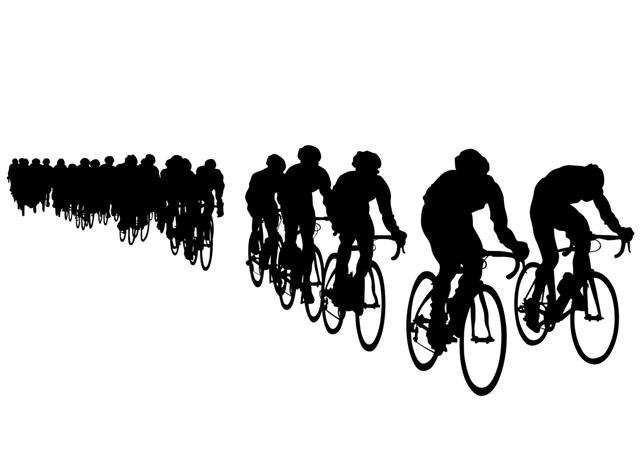 Cyclocross is the only bicycle race where running skills can help a rider emerge victorious.

When buying a bicycle today, one is spoiled for choice. Till a few years back, this choice was restricted to 2 or 3 options, but now one can choose from a range of bicycles, such as road, mountain, hybrid, cruiser, and cyclocross bikes, to name a few. Obviously, each type is designed for a specific purpose; a road bike cannot be used where a mountain bike is required.

However, some bikes are designed for multiple uses, and represent a solution for those who ride on different terrains. For instance, cyclocross bikes can be used on unpaved tracks, where a road bike would have faced problems, and are quite fast on roads where a mountain bike would have lagged behind. Despite its versatility, it has a very similar design to a road bike.

Owing to this similarity, it can be hard to tell a road bike from a cyclocross bike. This has caused some to wonder if both bikes are actually the same. The following sections explore the differences between cyclocross and road bikes, and will help potential buyers zero in on a suitable choice.

Intended Purpose
♦ A cyclocross bike is designed for a cyclocross race. These are mostly hour-long races, that cover both, paved roads and mud trails, where riders have to dismount in between to carry their bikes over obstacles. This bike is also called a cross, or CX bike.
♦ A road bike, as the name suggests, is designed for racing on roads or paved surfaces, in events that occur over several hours. It is also called a roadie, or a racing bike.
Focus
♦ Cyclocross bikes are designed for a combination of speed, and maneuverability on off-road conditions, with modifications allowing the rider to carry it on his/her shoulder.
♦ Road bikes are designed with a focus on maximizing speed, aerodynamics, and making them as lightweight as possible.
Brakes
♦ Cyclocross bikes are fitted with two types of brakes – cantilever and disc, which makes braking in muddy or wet conditions much easier. The rear brake lever is on the left side of the handlebar, allowing the rider to apply brakes with one hand, and quickly begin lifting the bike with the other. Moreover, the rear brake cable passes over the top surface of the head tube, reducing chances of damage when the bike is lifted, or due to road debris.
♦ Road bikes mostly come with one type of brakes, called caliper brakes. While these do a fine job on paved surfaces, they are prone to wearing down in muddy trails, and may cause a delay in braking in wet conditions. The front brake lever is on the left of the handlebar, while the rear lever is on the right; the reverse of some cyclocross bikes.
Handlebars
♦ Cyclocross bikes have drop handlebars just like road bikes, but they are slightly more in width to allow better handling on difficult terrain. Moreover, the handlebars are higher, which allows the rider to vary his weight on the front wheel.
♦ Road bikes have narrower and lower handlebars. This allows better aerodynamics, reducing the wind resistance, and makes high speeds possible.
Gears
♦ Cyclocross bikes are fitted with lower gears, to make it easier to go over uneven surfaces.
♦ Road bikes have higher gears, to provide the high speeds needed in road racing. Moreover, the narrow gear range ensures rapid shifting.
Wheels
♦ Cyclocross bikes use wider tires, in the range of 30-40 mm with knobbly treads. This ensures that more of the tire is in contact with the ground, ensuring better traction. These bikes have wider clearances at the front fork and rear triangle, to accommodate the wider tires and prevent blockage of mud or snow.
♦ Road bikes use narrow tires with slick treads, having a width between 20 to 28 mm, though 23 mm is more common. This small width ensures that less of the tire contacts the ground, maximizing speed.
Geometry
♦ The geometry of cyclocross bikes is more relaxed, with a smaller angle of the head tube. The bottom bracket is also higher from the ground, and the wheelbase is longer. These factors ensure that the rider sits more upright, pedals do not touch the ground on uneven trails, and do not touch the front tire on tight turns. Moreover, the bottom of the head tube is also modified to give a comfortable grip to the rider, when he lifts the bicycle over his shoulder.
♦ In road bicycles, the head tube is angled steeper and the bottom bracket is lower, which means that the saddle is much lower. This keeps the center of gravity low, allowing the bike to respond fast to the rider’s demands, and make quicker turns. The wheelbase is also narrow, to allow the rider to turn quickly.
Weight
♦ The sturdiness of the frame, coupled with broader tires and disc brakes, means that cyclocross bikes are significantly heavy. Despite this, manufacturers focus on achieving a weight that allows them to be comfortably lifted.
♦ A lighter frame, narrower tires, and a single brake system means that road bikes are significantly light, which is important if they have to achieve high speeds.
Mounting
♦ Cyclocross bikes generally do not come with mounts for carrying bottles near the front wheel, since these may create obstructions while shouldering the bike. This is also done to keep the bikes lighter. However, they allow the attachment of fenders to keep out mud and debris, and racks and panniers to carry stuff.
♦ Road bikes are fitted with bottle cages, considering they are involved in multi-hour jaunts. They are generally not designed to fit racks, fenders, or panniers, unless designed for commuting as well.
Comfort
♦ Cyclocross bikes are designed for maneuverability and comfort, rather than speed. The higher position of the saddle ensures that the rider is seated more upright, is comfortable, and, as a result, has better control. The higher handlebars also reduce the chances of lower back pain.
♦ In road bikes, the rider is crouched forward, which provides better aerodynamics and speed. However, this position is strenuous for the neck and back, resulting in discomfort.

Deciding which bike to go with depends on the rider’s requirements. If commuting and off-road use is the main aim, then a cyclocross bike would be the right choice. Given its versatility, it can even be modified with narrow tires to obtain more speed on paved tracks. On the other hand, if the bike is needed for long road commutes in less time, then it is safe to get a road bike. 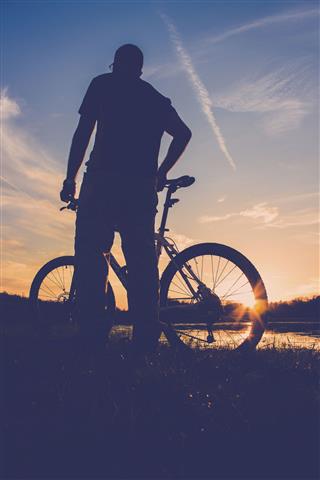 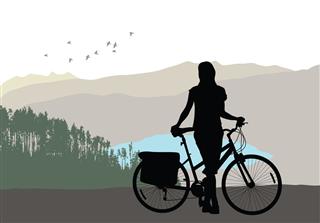 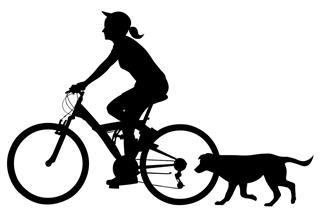 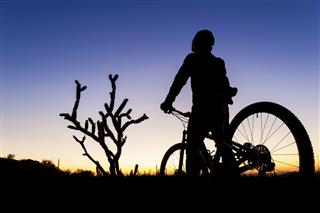