Ski blades are much more user-friendly than traditional skis, and at the same time, are a fun option to explore the snowy mountain terrain. We list a few important things to remember while choosing ski blades that are best suited for your needs.

Ski blades are much more user-friendly than traditional skis, and at the same time, are a fun option to explore the snowy mountain terrain. We list a few important things to remember while choosing ski blades that are best suited for your needs. 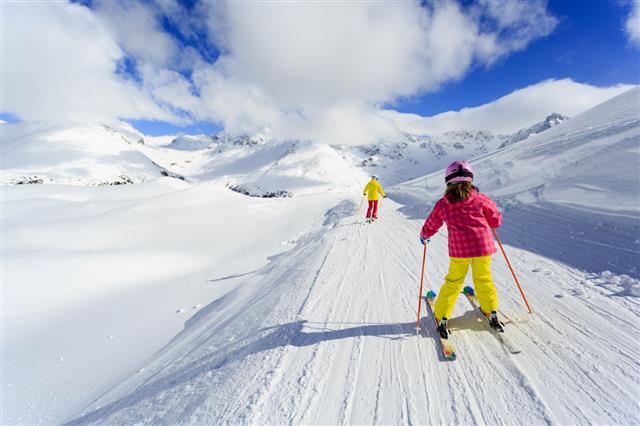 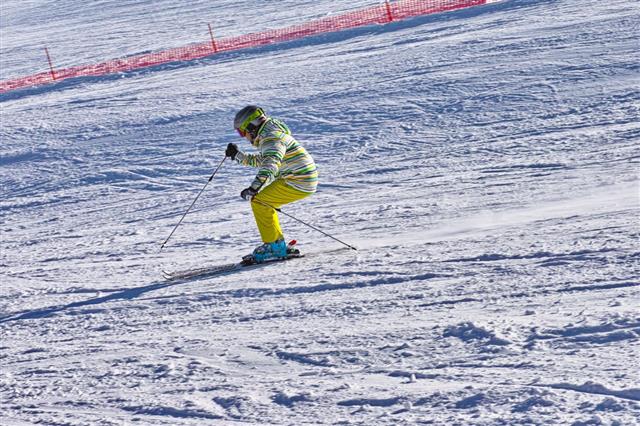 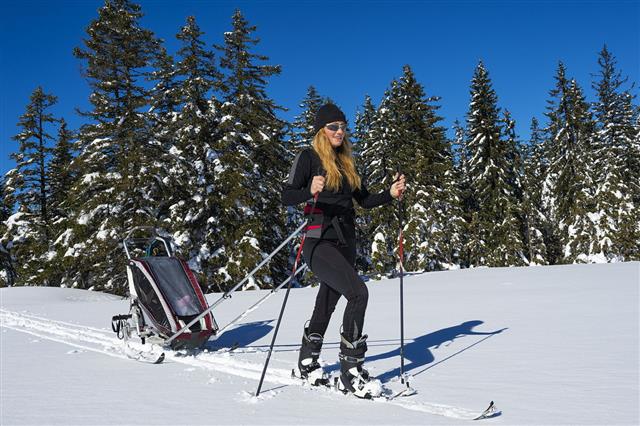 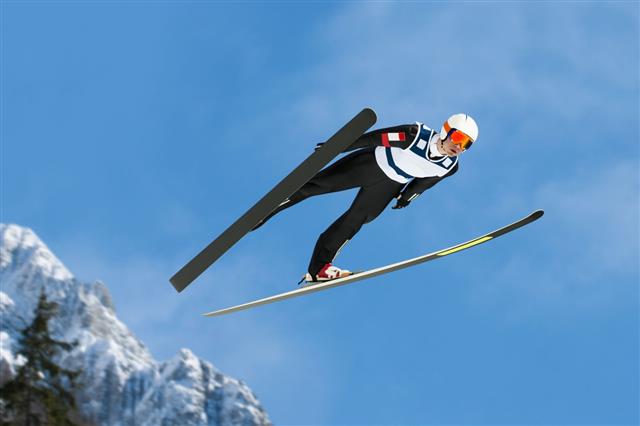 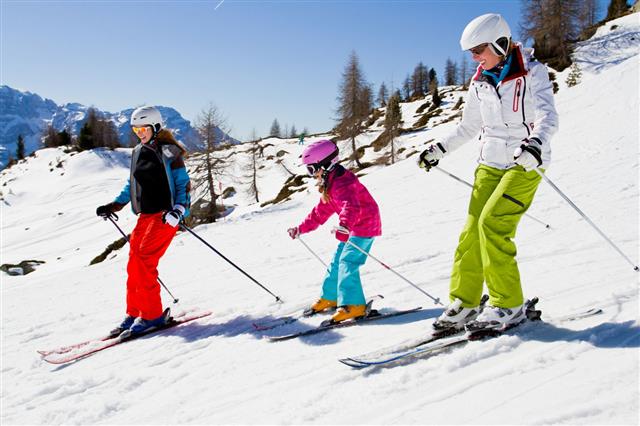 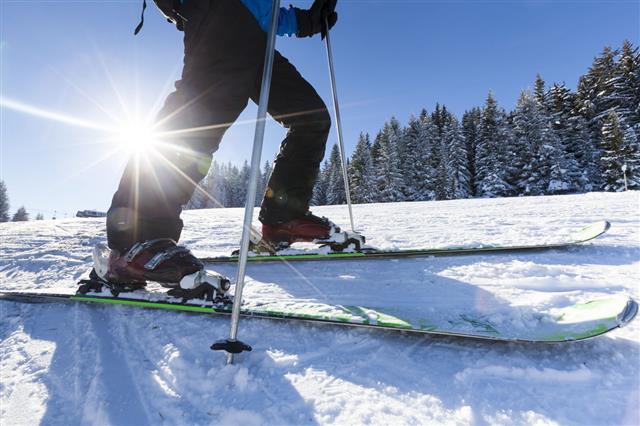 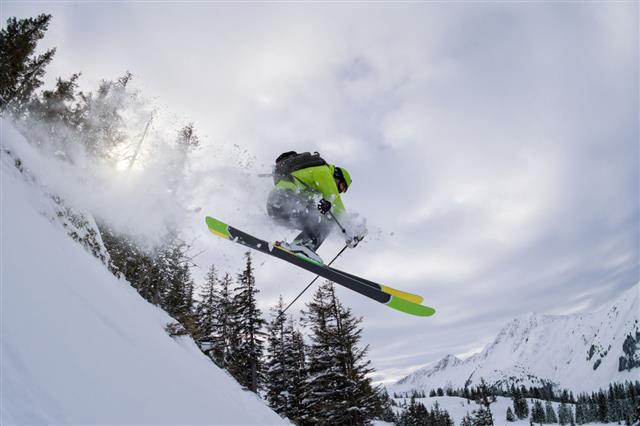 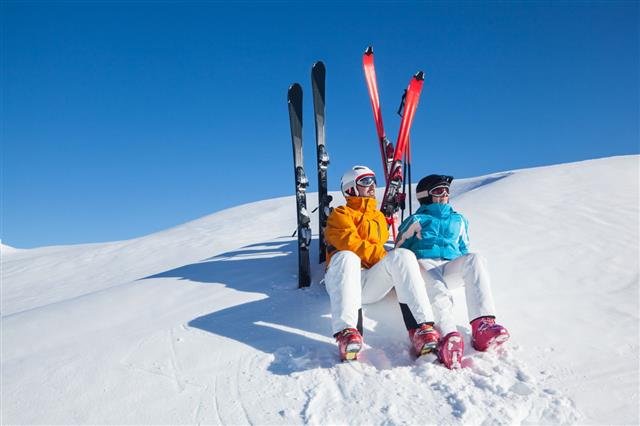 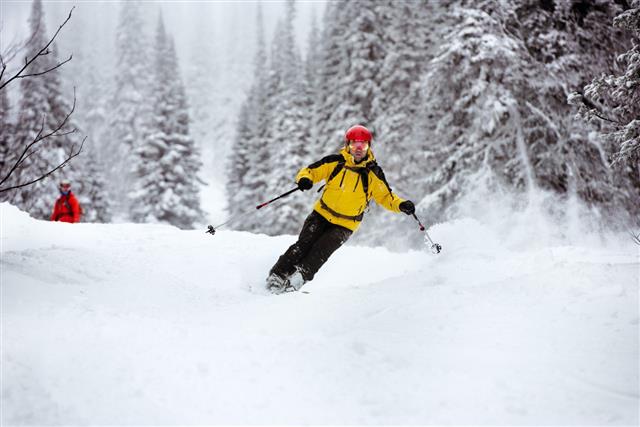 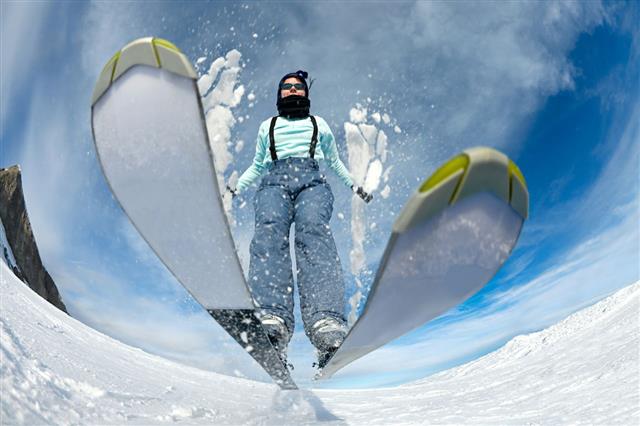 The first ski blades were designed in the Alps in the year 1930. They were 2 – 3 feet in length and about 6 inches wide. They were called ‘Firngleiters’.

If you are like me, you are always confused about when to ‘Pizza’ and when to ‘French Fry’! No, I am not talking about the food items! Pizza and French Fry refer to two different skiing positions, and like Thumper, the super-cool ski instructor of South Park in Aspen says, if you French Fry when you are supposed to Pizza, you are gonna have a bad time!

I love winter and I love winter-sports, but sadly, I just couldn’t get my head around the complexities of skiing, and thus, I always ended up having a bad time. So finally, I decided to look for alternatives to using full-fledged skis, and found one that works very well for me – Mini Skis.

Ski blades, as they are called, are literally like miniature skis, and trust me, they are much easier to master. Of course, you are still required to know when to ‘Pizza’ and when to ‘French Fry’, but with ski blades, both these are much easier to digest. In the following lines, I shall explain what ski blades actually are, and also tell you how to choose ski blades that are just right for you.

What are Ski Blades?

Also known as ski boards or little trick skis, ski blades can be imagined to be a hybrid between skis and snowboards. They are typically designed to be up to a 100 cm. in length, which is much smaller than the normal skis which can range from 150 – 200 cm. Also like snowboards, they are made to be wider. Both these design cues work in tandem, imparting the ski blades with better stability and increased maneuverability.

Ski blades were first used in the early 20th century, but quickly fell from grace, as the veteran skiers back then were less than impressed by their lack of speed. Later in the century, they had a reemergence after many refinements to the design improved, both their speed capabilities and stability. In the 1980s and 1990s, their popularity grew, and many varying designs could be seen, going by names such as Big-foot Blades, Scorpion Blades, Short Skis, Snow Blades, etc. In recent times, many have come to appreciate their benefits, and ski blades find wide use today.

Modern ski blades provide many benefits. They exude great control and have a very short turning radius. They are best suited for children and those who are just starting out. They are also ideal for those who want to journey to that difficult part of the mountain terrain, without wanting to experience the thrill and dangers of traditional skiing or snowboarding. Thus, though ski blades may not be suited for speed-demons and thrill-seekers, they still are the best option for those looking to have a safe and as well as fun time on the mountains.

How to Choose Ski Blades

In case of traditional skis, truly, no one size fits all. There is a whole range of ski-sizes for people with different heights, weights, and preferences. The same variety can be seen when shopping for ski blades, albeit, the fact remains that the size is largely independent of the height and weight of a person. Thus, any person can use any ski blade. So, in most cases, the choice comes down to personal preference. Still, a few important things should be considered while choosing ski blades.

While it is true that the choice of ski blades is mostly independent of both the height and weight of an individual, veteran bladers still claim that choosing a particular set of blades for a certain height range can improve the feel of the ride. Thus, though these factors aren’t hugely influential, they must be given some emphasis while fine-tuning your ski blading experience.

Some tall ski bladers prefer smaller blades, while shorter bladers go for the longer ones. As a general rule, people who are up to 6 ft. tall should opt for ski blades that are 75 cm. or more in length. These would even be suitable for less taller persons and children. However, they should experiment with shorter blades first. Similarly, people on the heavier side should choose wider blades for better weight distribution.

Choice of the ski blade length can also be influenced by a person’s background. For example, if a person has some experience on roller blades, he/she will be most comfortable using the smaller-sized ski blades. On the other hand, people with a skiing background will feel more at home while using larger-sized ski blades.

If you are using shorter blades, then it is advisable to stick to the fresh corduroy or corn snow, to avoid imbalance or getting stuck. On the other hand, to maneuver through the more carved crud or powder types, longer ski blades are much more suitable.

Ski blades usually come in two types; the ones with release bindings, which release in case of a fall, as well as the ones with non-release bindings. The release type protects your ankle and leg from twisting during an awkward fall, and are a better option for inexperienced users. The non-release type doesn’t release prematurely like the release-type bindings might. They are best for experienced ski bladers who are looking for more sturdiness.

Ski blades are also fitted with snowboard bindings. However, since these usually tend to be wider than the ski blades, they are prone to get caught in the snow during turns. Therefore, this kind of binding mechanism isn’t recommended.

If you like to fly down extreme mountain slopes, zig-zag through trees and moguls, spin and dance in the air, and perform breathtaking landings on deep powders, then the large ski blades which more resemble the performance of traditional skis would be the better option for you. Their greater length makes them faster, and also gives them more surface area for smoother landings.

Conversely, if you want to glide along moderate slopes with ease while taking in the scenic view of the surroundings, the smaller ski blades which are akin to parallel roller skates are the best choice for you. Smaller size means limited speed, but they provide greater maneuverability and ease of use.

So the next time you have a winter vacation on the mountains, give ski blading a shot. But while choosing your blades, bear in mind the above mentioned points, and trust me, you will have the time of your life in the snow. 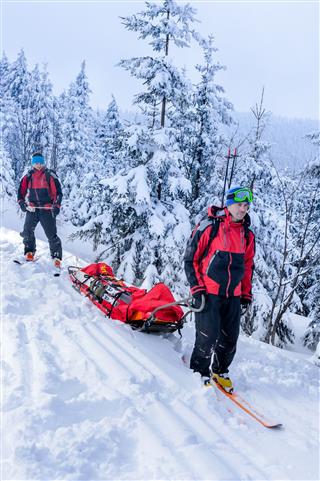 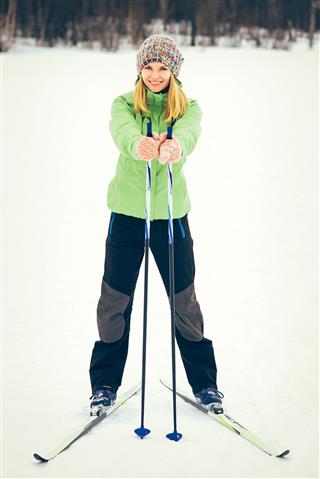 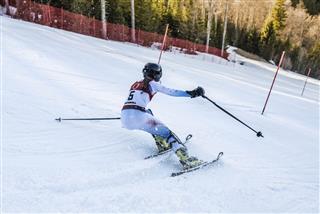 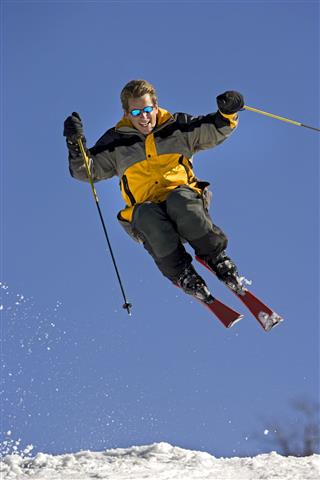 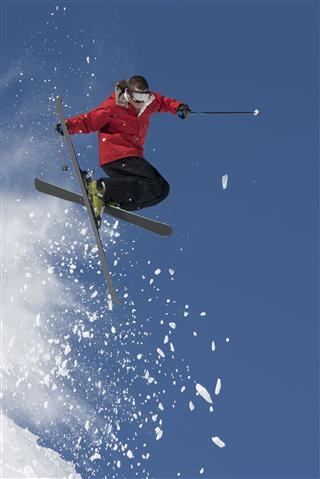 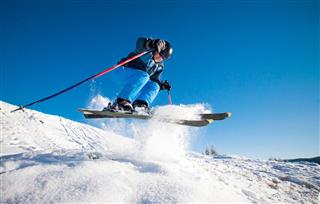 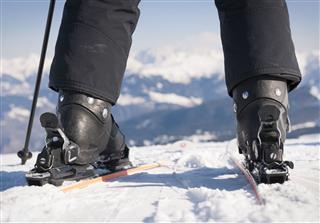 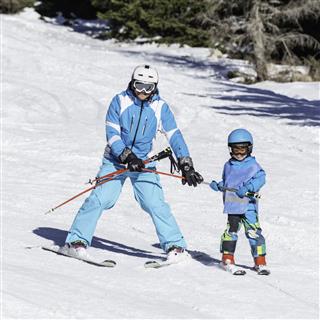 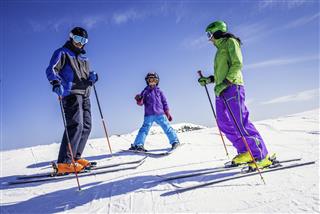 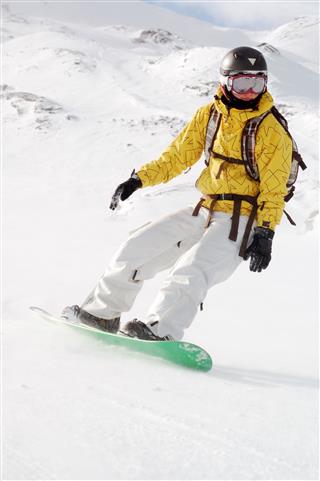 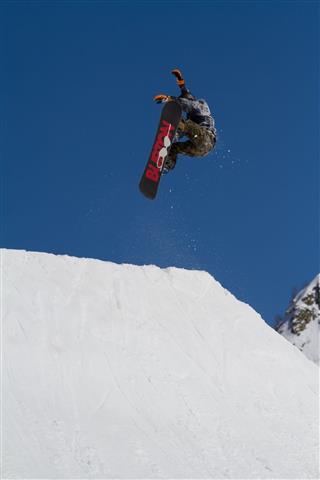 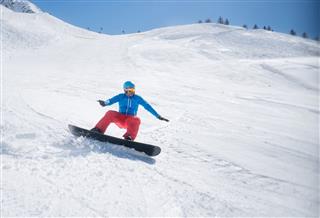