Nothing compares to the ease with which a mountain bike lets us escape into wilder terrain and away from the hustle of the city. If you are looking forward to owning one soon, it would serve you well to compare some of the best mountain bike brands and their bike models beforehand.

Nothing compares to the ease with which a mountain bike lets us escape into wilder terrain and away from the hustle of the city. If you are looking forward to owning one soon, it would serve you well to compare some of the best mountain bike brands and their bike models beforehand. 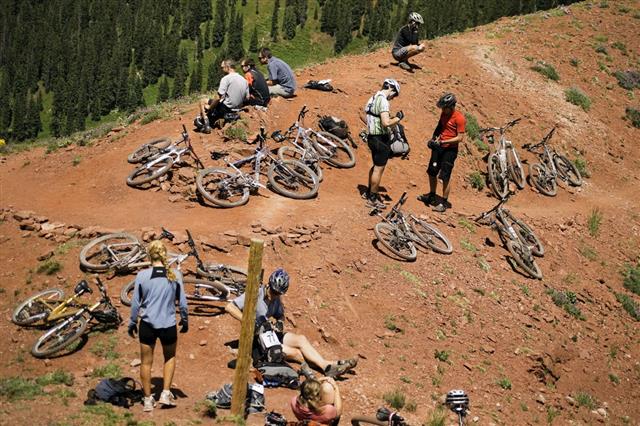 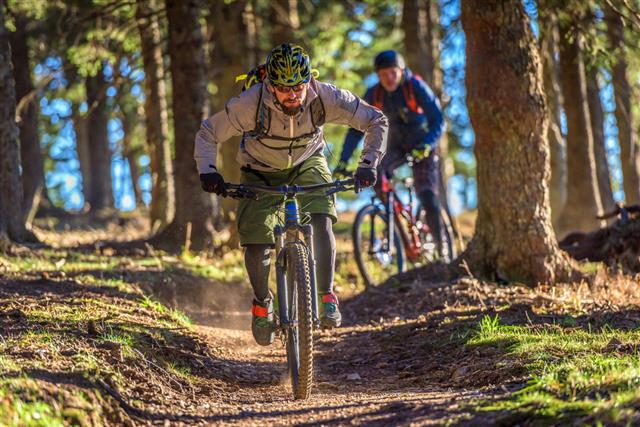 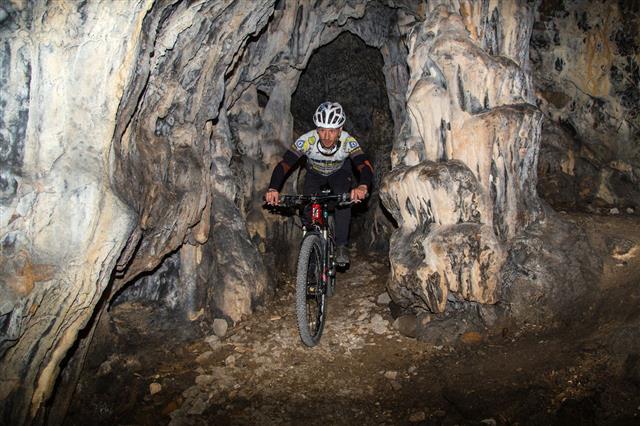 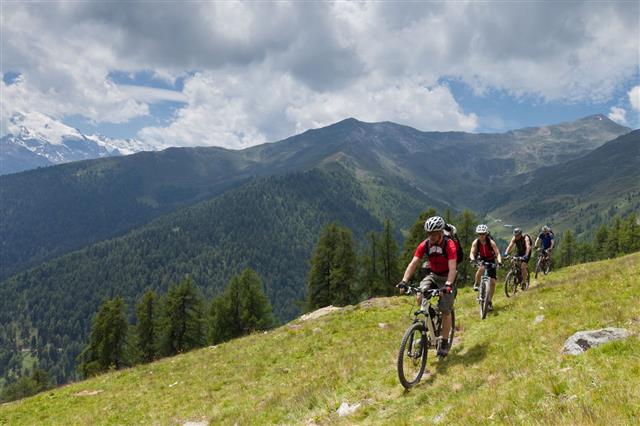 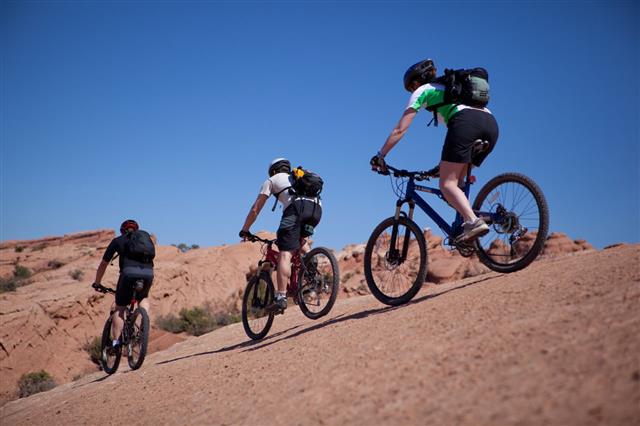 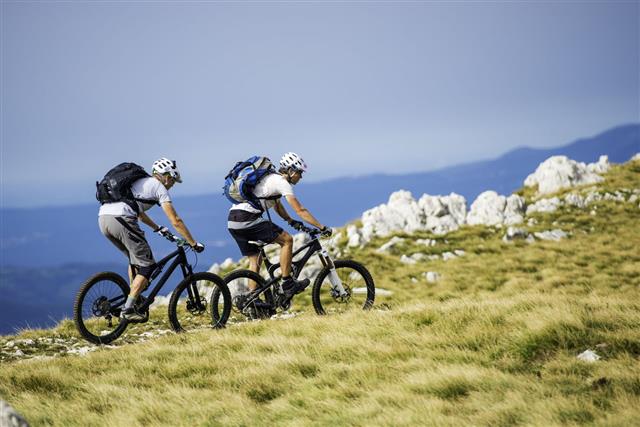 Gary Fisher is widely revered among the MTB community as the inventor and founding father of mountain bikes. His work continues to inspire budding bike designers.

A mountain bike is designed for riding on rugged off-road terrain, and thus, has extremely different design features as compared to other types of bicycles. Riding on such difficult terrain and combining it with the aggressive style of riding, makes it a matter of priority to go in for a reliable and time-tested brand. A trustworthy bike brand often speaks for itself, and thus, guarantees safety to its riders. This ThrillSpire article presents the ten best mountain bike brands in the world and some of their best bikes for your perusal.

The Taiwanese ‘Giant Manufacturing Company’ was founded in 1972 by King Liu and Tony Lo. In 1977, Giant successfully signed a contract with Schwinn, which made Giant an ‘Original Equipment Manufacturer’ OEM under their private label. Since then, Giant has gone on to become one of the largest bike manufacturers in the world. Today their bikes are sold in more than 50 countries. They have also been sponsoring mountain biking athletes since 1995, and include athletes such as John Tomac, Rune Høydahl, Danny Hart, and Carl Decker.

Founded in 1976 by Richard Burke and Bevil Hogg in Waterloo, Wisconsin, USA, Trek Bicycle Corporation began as a subsidiary company of Roth Corporation. Today, they sell their bikes in more than 90 countries. Their bikes are predominantly manufactured in Taiwan and China. They have a wide range of mountain bikes that have been subdivided into categories such as cross-country, sport hardtail, singletrack trail, technical trail, enduro, gravity, and dual sport. Their cross-country (XC) mountain bikes are claimed to be the lightest, smartest, and fastest bikes on trail.

The California-based bicycle manufacturing company, Specialized Bicycle Components, Inc. was founded by Mike Sinyard in 1974. Having begun by importing bike parts from Italy, the company was manufacturing its own bikes by 1981. The same year, the company introduced their first mass-produced mountain bike Stumpjumper, which continues to be in production. Their mountain bikes are classified under various categories such as cross-country, trail, all-mountain, gravity, recreational, fat bike, and women’s.

The American company, The Cannondale Bicycle Corporation is a subsidiary of Canadian Dorel Industries. The company was founded in 1971, and was responsible for introducing the world’s first bicycle trailer, the Bugger. In 1983, they manufactured the ST-500, their first aluminum touring bike. The very next year, they released the SM-500, their first oversized aluminum mountain bike. In 1990, they began manufacturing mountain bikes with dual suspension and introduced the Delta V E.S.T.

The American company, GT Bicycles is another subsidiary of Canadian Dorel Industries. The company was founded by Gary Turner and Richard Long in 1979. GT has a distinct ‘Triple Triangle’ frame which is present in their hard-tail mountain bikes. They are also the pioneers of full-suspension RTS and LTS frame mountain bikes. In 2003, they introduced IT-1, the world’s first downhill full suspension bike with a gearbox design.

Yeti Cycles was founded in 1985 by John Parker, a mountain bike designer. Thus, Yeti is perhaps one of the few mountain biking specialists in the market. Yeti Cycles have their own patented suspension systems, ‘ZeroLoss Technology’ and ‘Switch Technology’. Although the company was bought by Schwinn in 1995, and later sold to Volant, in 1999, Yeti was repurchased by Yeti employees, Chris Conroy, Steve Hoogendoorn, and some friends.

Formerly known as Scott USA, the company has been active since 1958. Scott was founded by Ed Scott and has been a manufacturer of ski poles. They introduced their first mountain bike in 1986, and in 1991, produced ‘Unishock’, their first full-suspension forked mountain bike. In 2003, they introduced their triple mode (lock-out, all-travel, and traction mode) shock adjustable bike, Genius. Their mountain bikes include categories for racing, trail, all mountain, freeride, and downhill.

Kona Bikes was founded in 1988, by Dan Gerhard and Jacob Heilbron. They set up offices in Blaine, Washington, and Vancouver, British Columbia. The same year, the company introduced their first front and rear MTB tires. In 1989, they came up a straight leg MTB production fork, which is still used with design variations. Fast forwarding to 2012, their ‘Satori’ is their longest travel All-Mountain MTB and ‘King Kahuna’ is their first hardtail carbon MTB.

Initially known as BMX Products, Inc., Skip Hess founded the company in California, in 1974. He manufactured the legendary ‘MotoMag One Wheel’. The company made its first mongoose bike in 1975. Although their MTBs came later, their website categorizes them as trail, dirtjump, hardtail, and youth. There is something for everyone and in a wide price range.

So take your pick, compare specifications, features, and prices of the MTBs that struck your curiosity, and get yourself this true companion for life! 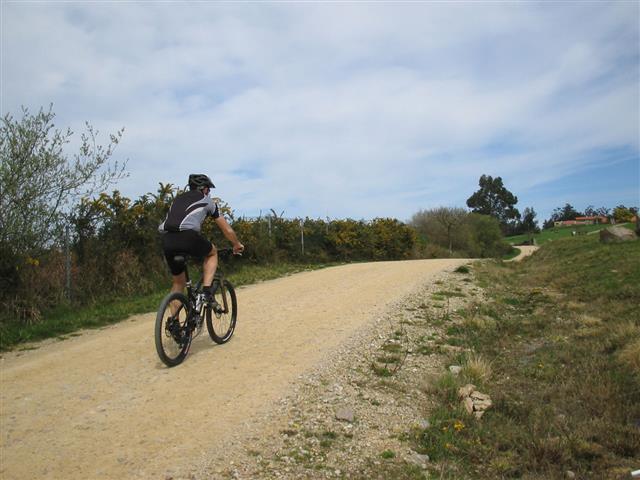