Thrill Guide: The Best Places for Paragliding and Hang Gliding

Thrilling? Check. Exhilarating? You bet. Paragliding is one badass adventure sport which lets you soar in the sky, without breaking a sweat. ThrillSpire, therefore, brings you a list of 10 spectacular places where you'll best enjoy doing it.

Thrilling? Check. Exhilarating? You bet. Paragliding is one badass adventure sport which lets you soar in the sky, without breaking a sweat. ThrillSpire, therefore, brings you a list of 10 spectacular places where you’ll best enjoy doing it. 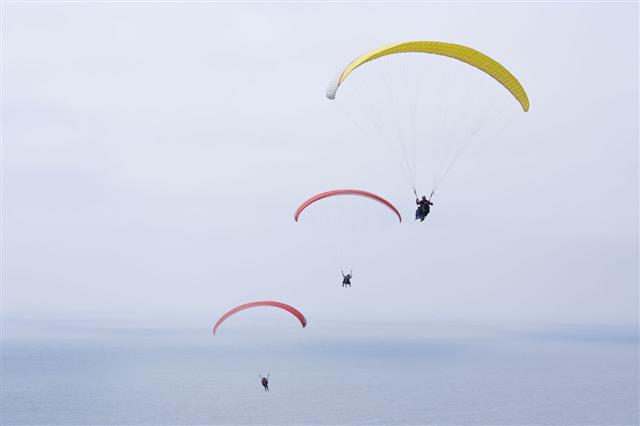 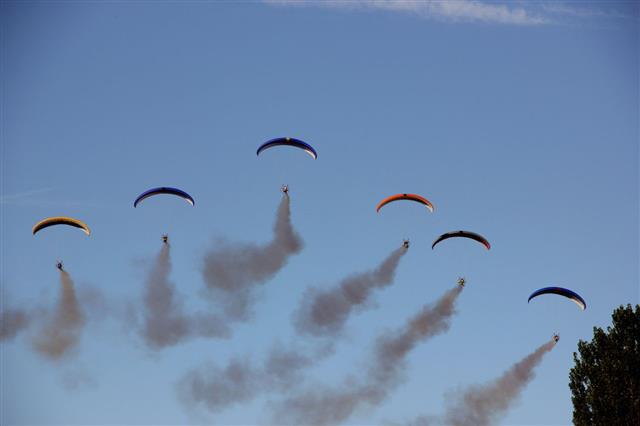 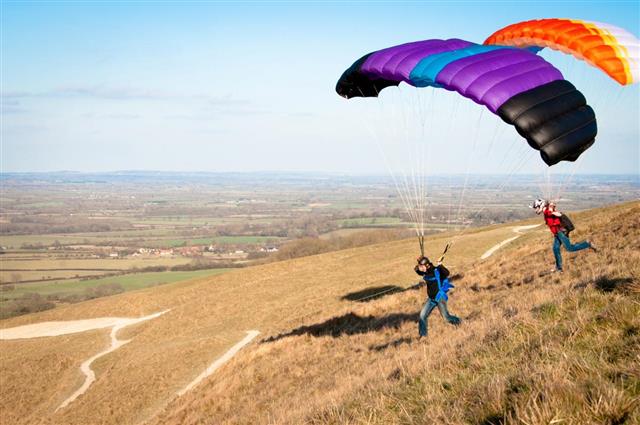 “Close your eyes and turn your face into the wind.
Feel it sweep along your skin in an invisible ocean of exultation.
Suddenly, you know you are alive.”
―Vera Nazarian

And I thought, paragliding was an experience which no one can sum up in words. But yes, these lines have managed to paint a fine picture.

Humans have tried out insane things in order to be able to fly; some of them worked, but many others literally sunk into oblivion. Until we devised paragliding. After that, it’s been a have-mountain-will-glide attitude with anyone pursuing this recreational sport.

What we’ve done, here, is lined up a fabulous list of 5 of the best paragliding destinations in the world, along with 5 from the U.S. Take a look.

The Alps are a hotshot destination among skiers, but it holds true for paragliding and hang gliding enthusiasts as well. France, particularly, has paragliding fans in large numbers, which explains the high number of gliding sites in the country. The reason we picked Chamonix from among them is simple―the proximity to Mont Blanc, the highest peak in Europe. Gliders, often the experienced ones, come to the summit to launch their flight, and take a leisurely glide over the gorgeous Chamonix valley. The region has a lift system which lets you access the several take-off points. As gliding here requires prior experience, there are options to fly tandem (along with a guide) as well.

Viewing the spectacular Table Mountain from Bloubergstrand Beach is one thing; but believe me, you haven’t seen the real deal until you’ve glided over it. Cape Town is one city that offers some amazing views from up above, and paragliding is the best way to experience it. Experienced gliders can visit the Table Mountain National Park to launch from the Table Mountain itself. Tandem flights usually take off from Lion’s Head and Signal Hill, and wind directions permitting, may even fly up to the Table mountain.

You may have known Ölüdeniz as one of the most photographed beaches on the Mediterranean shore, but it also happens to be one of the top destinations for paragliding. A terrifying drive up the 2000-meters Mount Babadag, and you reach the launch spot. After that, it is all about the breathtaking scenery below you―the bay of Ölüdeniz, the mountains, and the national park. There are several operators which offer tandem gliding on the Ölüdeniz beach, and tend to charge you in the range of USD 80-100 for a ride that lasts almost 30 to 40 minutes.

All the fancy adjectives in the dictionary simply aren’t a patch on what awaits you in Nepal, the land of the Himalayas, home to some of the tallest mountains in the world. The main area for paragliding is the Pokhara valley, offering staggering views of the Annapurna, the Himalayas, and the Phewa Lake. The launch spot is Sarangkot, a hilly village in the vicinity, and your flight provides a bird’s-eye view of Dhaulagiri (8,167 m), Machapuchare (6,993 m), and the Annapurna II (7,937 m).

There are hills, and there is a constant breeze―which does not leave you with any excuse not to paraglide in Rio. The views of this amazing city are unparalleled from the top. The favored launch spot in Rio is Pedra Bonita, a mountain located in the São Conrado area, about 30 minutes from Copacabana. Tandem flights usually fly over the Tijuca Forest around Pedra Bonita, Pedra da Gávea, as well as the São Conrado neighborhood, and Pepino beach.

There is no questioning Hawaii’s dreamlike landscape―the azure waters of the Pacific, the lush green mountaintops, with some spewing red hot lava. And what better way to view it than taking the aerial route? Hawaii’s mountains provide the perfect launch spot for hang gliding, but if you are planning to fly tandem, there are several operators in Maui, Honolulu, and Oahu with a good fleet of gliders and experienced personnel. Waipoli Flight Park on the slopes of Mt. Haleakala is a great launch spot that gets you some awesome views over Maui.

With California’s topography, paragliding spots are not hard to find; in fact, there are more than 160 launch sites all throughout the state. We’ve picked San Diego among the lot for the fact that it offers easy access to tandem flights, and is a seriously gorgeous city to view from up above. San Diego’s scenic La Jolla neighborhood is a perfect launch site.

The resort town of Sun Valley in Blaine County, central Idaho has always enjoyed its reputation of being a world-class skiing destination. It is only recently that it has been gaining standing as a paragliding venue. Sun Valley played host to the Paragliding World Cup in 2012, and has only been building its name ever since. Experienced pilots from all over the world come to Sun Valley to take in the wonderful scenery of the region, including the Bald Mountain. But it doesn’t matter if you’ve never indulged in paragliding before; tandem flights are offered here as well.

Colorado’s diverse topography comprises alpine mountains, arid plains and deserts with huge sand dunes, and deep canyons. So, it isn’t a wonder to see paragliding enthusiasts flocking to launch their flights from several vantage points across the state. The Rockies, for instance, have some fabulous launch spots, and provide the perfect backdrop as well. Many experienced pilots also visit the Colorado National Monument and Dinosaur National Park for some excellent vantage spots.

Washington state’s expansive hilly regions are made for paragliding. Tiger Mountain, Issaquah is a beautiful place to fly. It’s a 30-minute drive from Seattle, and with the extended daylight hours in the summer, a lot of people come here to enjoy paragliding during the sunset hours. A soaring flight here provides spectacular views of Mt. Rainier, Mt. Si, Mt Baker, Lake Sammamish, with Seattle’s skyline to the west. Certainly a gorgeous sight that’s not to be missed.

Paragliding is one recreational sport that is thrilling beyond words. And unlike the others, there isn’t a lot of effort involved if one has to experience it. Head to any of the destinations mentioned above and launch your flight of fancy, ASAP. 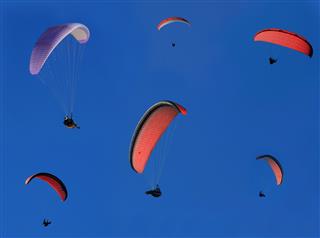 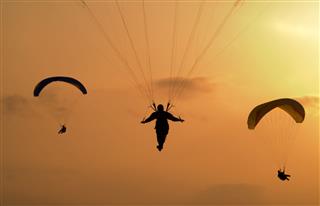 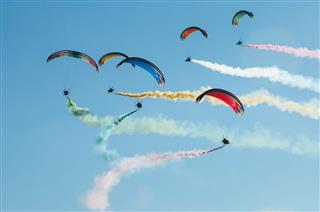 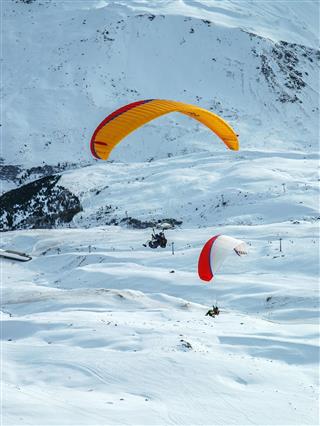