Skiing has many disciplines that defy the imagination with aerial flips and zigzag turns. The article focuses on two of the fastest events, Super-G and Downhill.

Skiing has many disciplines that defy the imagination with aerial flips and zigzag turns. The article focuses on two of the fastest events, Super-G and Downhill. 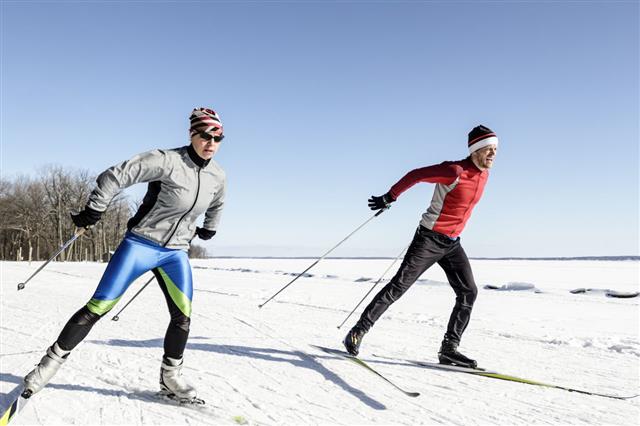 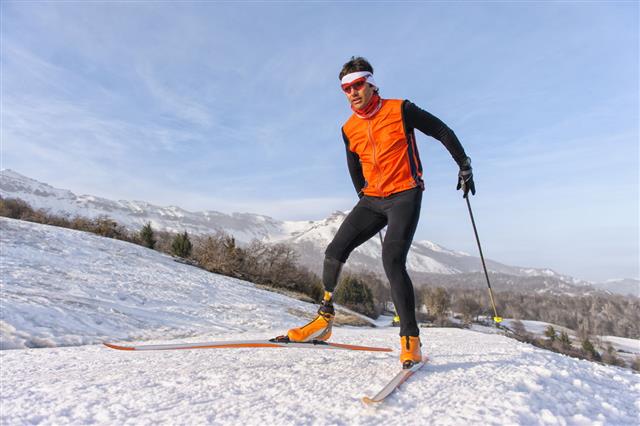 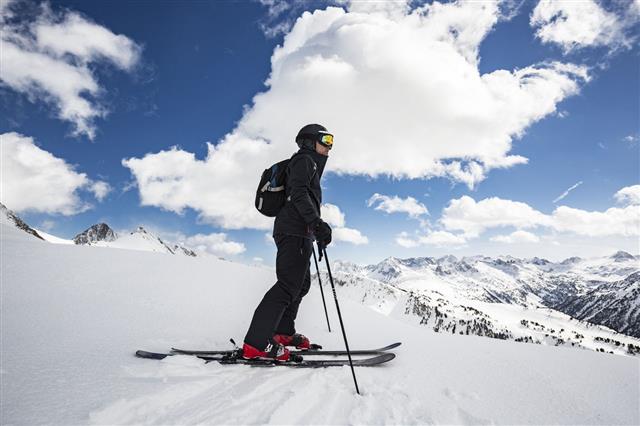 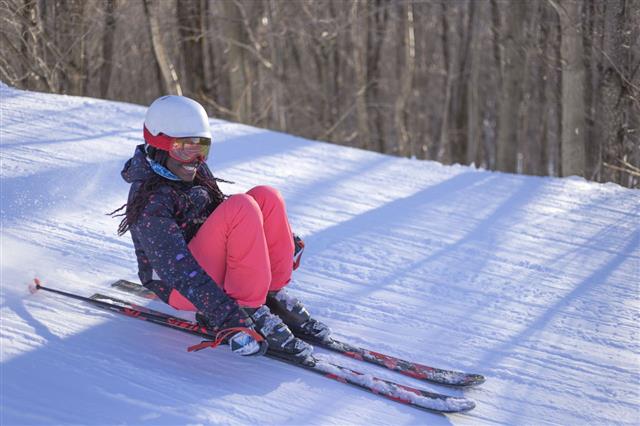 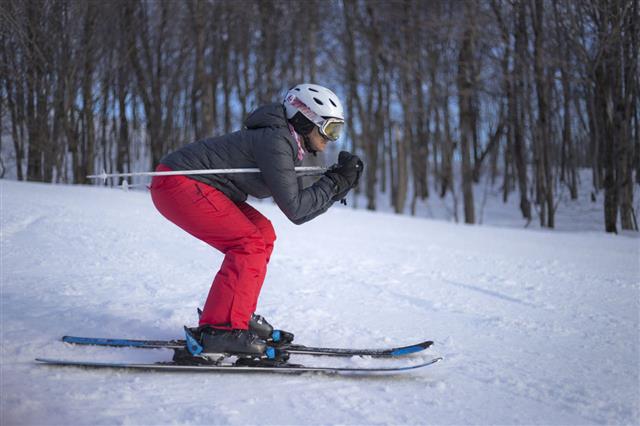 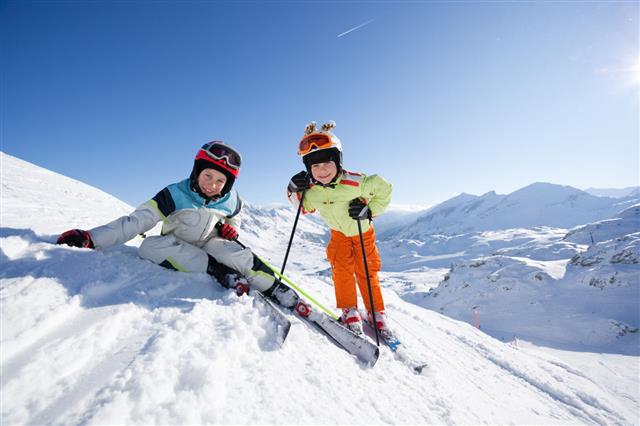 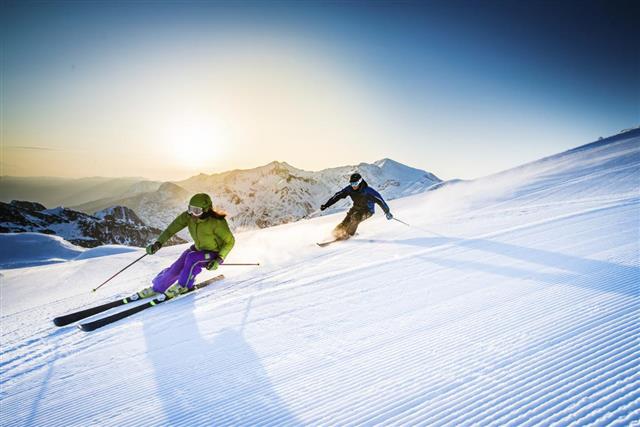 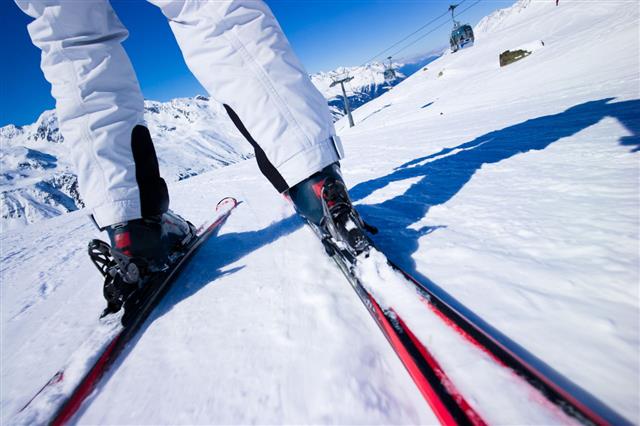 Fact
The races of Downhill alpine skiing and Super-G are decided in only one run.

Skiing has always been a favorite sport of people living near snow-clad mountains. It was used as the means of transportation before it was officially turned into a sport. The wind in your hair as you ski down a mountain slope is a rush very few get to experience. Plus the weather and the blue skies are a mood enhancer. It’s no wonder that skiing has become a popular sport.

There are 2 main types of skiing, alpine skiing and freestyle skiing. Freestyle skiing includes more speed and competition than the former, with stunts being the major reason for this popularity. But alpine skiing is a sport to watch out for in the Olympics. It’s about speed and technique. But there are other things like the equipment and the course length which also determine the race. There are five disciplines of alpine skiing; namely, Downhill, Slalom, Giant slalom, Super-G, and a combined race which has a downhill race and two slalom runs. We tell you the differences between downhill alpine skiing and Super-G and the reasons for their popularity.

Downhill skiing is a very straight-forward event with an emphasis on speed. The course for downhill skiing usually starts at the mountaintop and ends at the bottom of the slope. The pathway is usually filled with gates that you have to cross, accompanied with speed bumps like swift turns, dips and flats, and small jumps.

The skis usually have rounded, low-profile tips. The skis have a shorter side-cut radius and are longer than those of Super-G. Ski poles can be bent easily, which helps the skier to zigzag around the curves. As in other alpine disciplines, downhill skiers wear skin-tight equipment and helmets to ensure protection against any external injury.

Super-G skiing combines the elements of downhill and giant slalom. The length of the course is shorter than in downhill where the athlete completes one run while dodging the gates that serve as obstacles. It focuses more on turning and technique with the tuck position being the most used in this race.

The ski poles are straight and made of tough materials like metal or wood to knock the obstacles out of the path. The lengths of the skis have been reduced to 205 cm (80.7 in) for men and 200 cm (78.7 in) for women. The minimum turning radius was increased to 45 m for the 2013/2014 season. In SG races, the pads are frequently worn on the arms, shins, and knees.

Differences
Super-G
Downhill
Track Inspection
◼ Super-G tracks can only be seen on the race day.
◼ The races at downhill can be inspected by the racers beforehand and can be practiced many times.
Lap Time
◼ Each athlete can run only once in Super-G to clock their best time.
◼ The athletes race down the same track twice to improve their lap time.
Starting Position
◼ The races in Super-G are started at a lower slope due to the gates that serve as obstacles and unseen speed bumps on the course. It focuses on turning and technique.
◼ The races in downhill are started at an elevated angle to obtain better speed.
Race Length
◼ Super-G races have the men using slopes with a vertical drop of 500 to 650 meters with at least 35 gates, while the women’s competition uses slopes with a vertical drop of 400 to 600 meters with at least 30 gates.
◼In downhill races, descents range from 800 to 1100 vertical meters for the men, while the women’s competitions use 500 to 800 downward descents.
Champions
◼ Hermann Maier of Austria is widely regarded as the greatest super-G racer, with 24 World Cup victories, while Lindsey Vonn of the U.S. leads with 20 World Cup victories in Super-G and has won four season titles (2009-12).
◼ The most successful winners of downhill races are Annemarie Moser-Pröll of Austria for women with 36 wins and 7 World Cup titles and Franz Klammer of Austria for the men with 25 wins and 5 World Championships.

While Super-G racing is considered more dangerous than downhill racing, the skiers have gotten speeds of almost 81 mph. Safety nets and padding are adopted in risky pockets of the mountain slope. While dangers abound, these sports still attract the cream of the crop from all over. If you are an extreme sport enthusiast, you can definitely try snow skiiing or cheer for your favorite in the Winter Olympics. 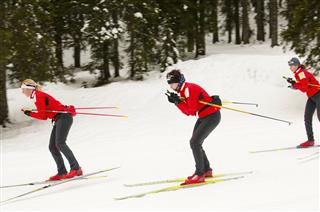 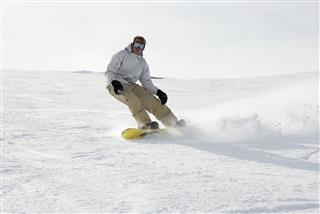 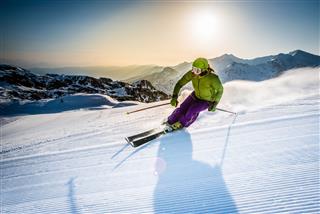