Rock Climbing Terms That All Climbers Should Be Well-versed With

Rock climbing is an adventure sport for highly fit and driven people. It is extremely straining, and knowing the terms and definitions related to rock climbing will make you understand this sport better. 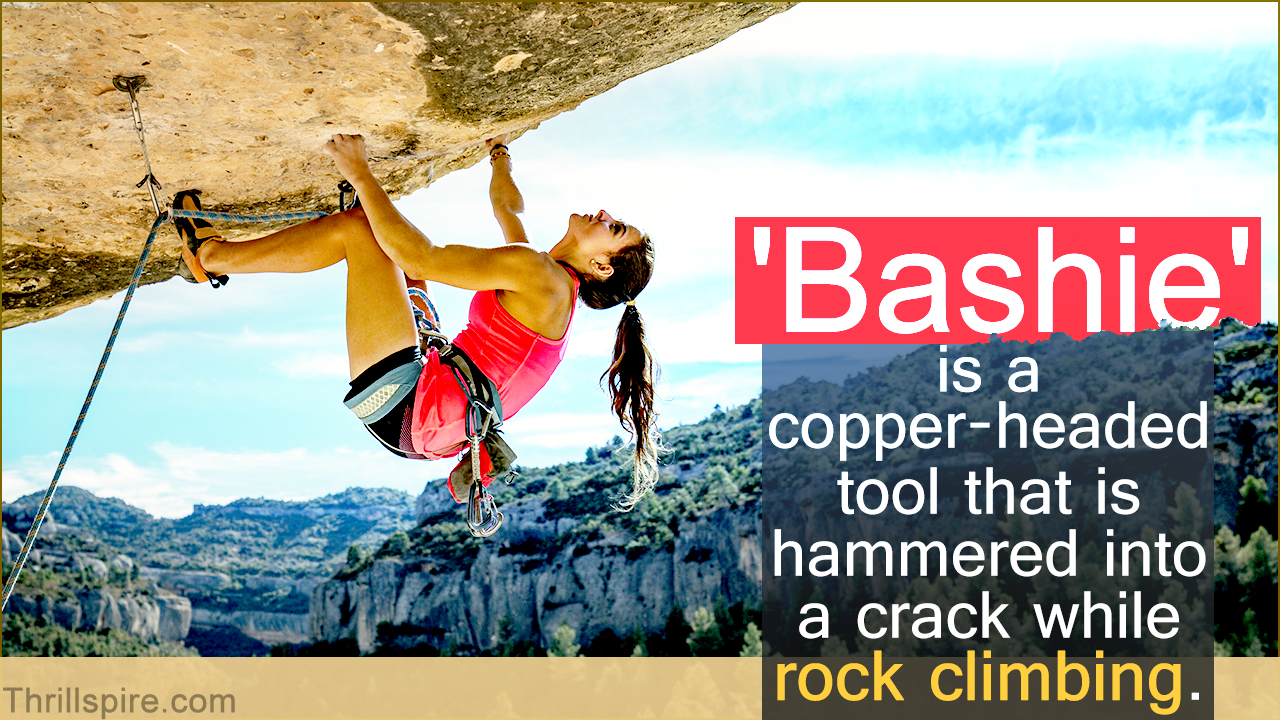 Rock climbing is an adventure sport for highly fit and driven people. It is extremely straining, and knowing the terms and definitions related to rock climbing will make you understand this sport better.

This sport that has been around for many years, because let’s face it, the act of climbing rocks and mountains has always appealed to adrenaline junkies. In order to master this sport, many different techniques been thought of, and over time, many new terms and definitions have been invented. This sport requires a lot of stamina and strength, and most importantly, presence of mind and self-belief.

Given here are just some of the basic rock climbing phrases which should be enough to help out beginners and amateurs. Once your experience level rises, you will start learning more phrases as well. Keep reading the related publications and, interact with seasoned climbers.

Abalakov Thread: Also known as a V-thread, this rappelling technique enables a person to descend in icy conditions.

Abseil: This is the method by which a person descends down a rope. It is also known as rappel.

Anchor: Setting up pieces of equipment in order to support the weight of a top rope or a belay.

Ascender: A tool that is used for ascending on a rope.

Bashie: A copper-headed tool that is hammered into a crack.

Belay: A method of protecting a climber from falling down, by making the rope pass around or through a belay device that enhances friction.

Bivy: The act of camping in the middle of a climb, even when there is no place to actually lie down.

Bollard: A huge rock, used as a bivy anchor.

Bolt: When a hole is drilled in a rock, a bolt is permanently fitted in that hole. Metal hangers are attached to them.

Bump: To quickly move the hand from hold to another.

Carabiner: Metallic rings with spring loaded gates. They are often used as connectors.

Choss: A rotten rock, or a loose rock.

Clipping In: The act of attaching to anchors or belay lines.

Crank: Pulling a hold as forcefully as possible.

Crimp: A hold that can only be held by the tips of the fingers.

Crux: The hardest part of any climb.

Deadman Anchor: An anchor that is buried deep into the snow/ice as protection.

Descender: A device that allows a person to descend on a climb.

Dyno: A jump or a leap to grab a hold that is beyond reach.

Fixed Rope: A rope which has a fixed attachment point.

Flagging: A position where the leg is used for balancing, rather than pushing.

Flash: To successfully complete a climb on the first attempt.

Free Climbing: Climbing without making use of any aids and ropes.

Glissade: Voluntarily sliding down a steep wall of snow in order to gain a better position.

Grovel: Use of poor technique and skill.

Gumby: A rash or novice climber.

Harness: A clip around the waist that enables the climber to hang from a rope.

Headwall: A sudden steepness on a rock.

High Ball: A boulder falling from above.

Hold: A place to grip while climbing.

Jamming: To wedge a part of the body into a crack.

Lead Climbing: The act of an experienced climber going first, and attaching belay ropes and hooks.

No-Hand Rest: A position where the use of the hands is not required, and the legs alone are enough to support the body.

Nub: A small hold for the fingers.

Peel: To fall off.

Pendulum: Swinging to-and-fro in order to gain a hold.

Pickets: Long metallic rods that are hooked to the snow, and serve as anchors.

Rack: All the equipment that is carried up while climbing.

Runout: A portion of the route that is exceptionally dangerous.

Self-Arrest: Planting an ice axe into snow/ice in order to stop a fall.

Sharp End: Belay rope’s end that is attached to the lead climber.

Slack: The portion of the climbing rope which is not stretched.

Sprag: A handhold where the thumb and fingers face opposite directions.

Summit: The highest point of a peak.

Traverse: Moving horizontally during a climb.

So these were a few terms related to rock climbing. There are many more technical terms as well, but for a beginner these should suffice.