14 Highest Mountain Peaks in the World Which are Spectacular 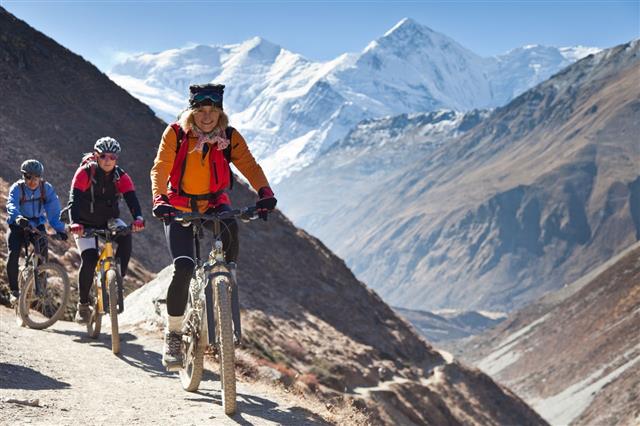 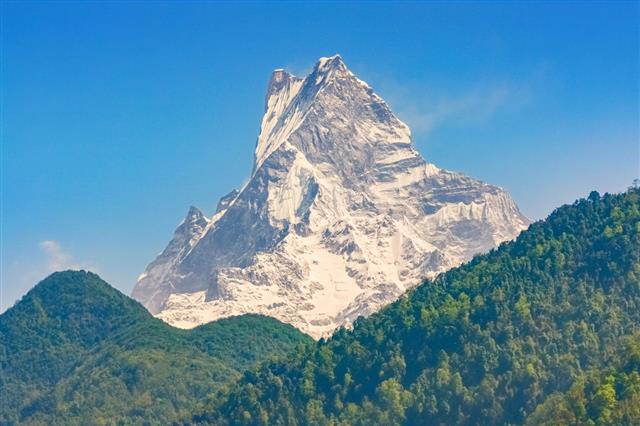 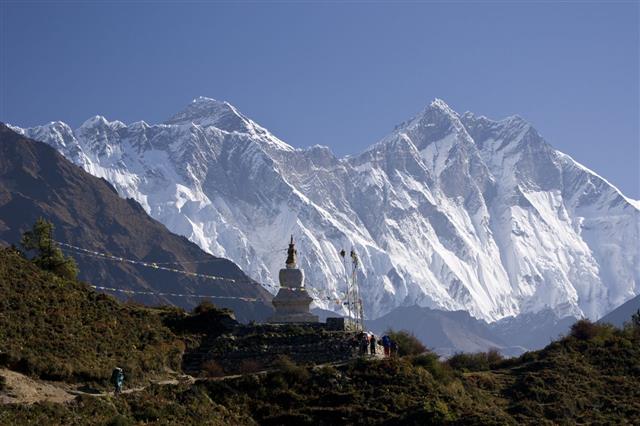 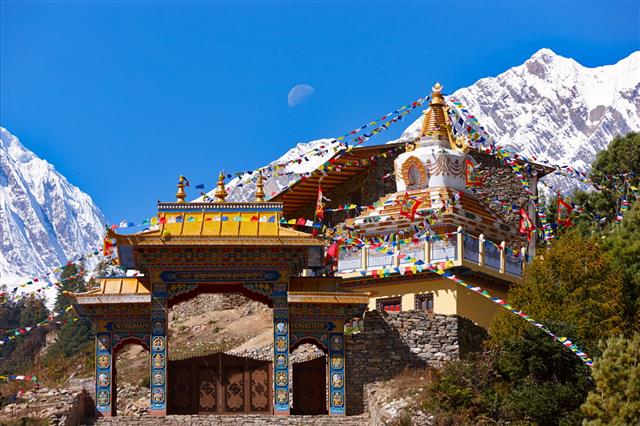 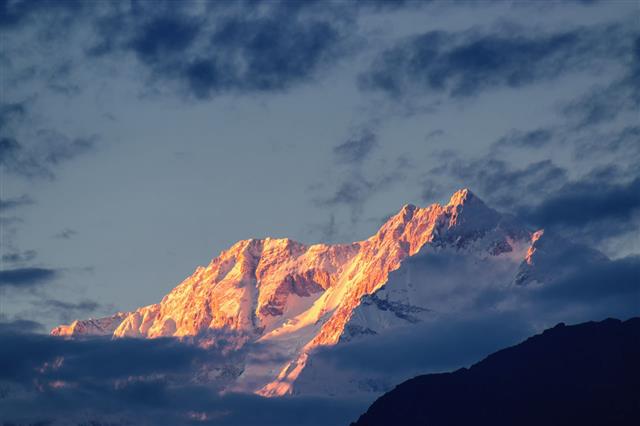 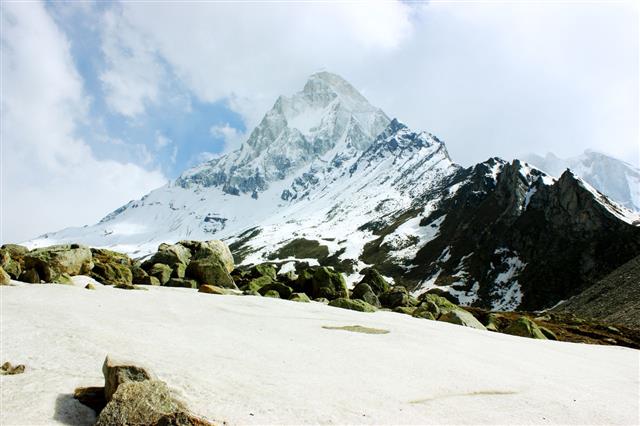 The end of the ridge and the end of the world… then nothing but that clear, empty air. There was nowhere else to climb. I was standing on the top of the world.
– Stacy Allison, first American woman to summit Everest

All of us have big aspirations and would want to be on top of the world someday. Have you ever imagined what it would be like to actually be on top of the world – the highest point on Earth? Climbing mountains and conquering the highest points have always driven humans to challenge their endurance and determination. What is it that pushes these adventurous climbers to the limits amidst extreme conditions? I guess it is the sense of accomplishment and the feeling of nirvana that they attain, which cannot be matched, or defined.

Every continent has mountains and mountain ranges. All of them vary in sizes, some reaching heights up to 8,000 meters and more! Mountaineers love conquering these alluring and majestic behemoths. Let’s explore some of the highest mountain peaks in the world; rightly known, as terrains unknown.

Erik Weihenmayer of the US achieved the stunning feat of becoming the first blind person to climb Mount Everest. He has also completed the seven summits (highest mountains of each of the seven continents).

14 Highest Mountain Peaks in The World

Shishapangma (meaning crest above the grassy plains in Tibetan), is the lowest of the eight thousanders and is entirely located within China (in central Tibet). It is also called Gosainthān. Up to 2009, 24 people have died while attempting to climb this mountain.

Gasherbrum II, also known as K4, is located on the Pakistan-China border and is part of the Gasherbrum massif. It is the third highest peak in the Karakoram range. It was first climbed in 1956 by Fritz Moravec, Josef Larch and Hans Willenpart of an Austrian expedition.

Broad Peak is part of the same Gasherbrum massif, and is just 8km away from the renowned K2. Local people call it the Faichan Kangri. The mountain is called ‘broad peak’ because its summit is over 0.93 mi (1.5 km) long.

Gasherbrum I, also known as the K5, is located in the Karakoram region of the Himalayas. The Hidden Peak as climbers call it, translates from rgasha meaning ‘beautiful’ and brum meaning ‘mountain’. It was first climbed in 1958 by Pete Schoening and Andy Kauffman along with their team.

Annapurna is section in the Himalayas which has a series of peaks with the highest reaching 8,091 m (26,538 ft). Its literal translation in Sanskrit is full of food, while in Hinduism, she is The Goddess of Nourishment. With a fatality rate of 40%, many refer to it as the deadliest mountain in the world.

Nanga Parbat is well-known for its tremendous vertical relief and extremely serious climb, many climbers have died in the attempt of climbing this mountain. Nanga Parbat literally means ‘naked mountain’ in Urdu. Approach to its peaks is very difficult from all directions. It has, what is said to be the highest mountain face in the entire world.

Manaslu mountain, located in Mansiri Himal in Nepal, is the eighth highest peak in the world. Manaslu is a Sanskrit word, which means ‘Mountain of Spirit’. It was first scaled by a team of Japanese men and Gyalzen Norbu on May 9, 1956. The region in Manaslu is good for trekking. However, it is said to be the 4th most dangerous eight-thousander. It is a home to rare species like Snow Leopards and Pandas.

The name of the mountain comes from Sanskrit. The word dhaula which means dazzling white and giri which means mountain. It was first scaled by a Swiss-Austrian expedition on May 13, 1960. Between this range and Annapurna, lies the deepest gorge in the world, called the Kali Gandaki Gorge.

Cho Oyu is a Tibetan word that stands for Turquoise Goddess. It lies on the border of Nepal and Tibet, and is 20 km away from Mount Everest. Cho Oyu summit was first conquered by an Austrian Expedition Team on October 19, 1954. Recently, Laura Bakos became the first woman to climb the mountain. It is said to be the easiest one to climb, in this list of eight-thousanders.

Apart from the main summit, it has two more subsidiary summits called Kangchungtse and Makalu II. For climbers, it is considered to be one of the world’s most difficult mountain peaks, because of its pyramid-like shape. On May 15, 1955 a French Expedition Team successfully conquered the Makalu summit for the first time. Just 5km away from the main summit is the famed Tibetan mountain Chomo Lonzo.

Lhotse Main, Lhotse Shar and Lhotse East are the three summits of Lhotse. Lhotse was first scaled by a Swiss Team on May 18, 1956. This one is famous for its proximity to Mount Everest. In fact, it is connected to Everest through South Col (mountain pass). Its south face is said to be one of the steepest in the world and has recorded quite a few casualties.

The name comes from the Tibetan words Kanchen and Dzonga which stands for The Five Treasures of Snows, as it contains five peaks. Until 1852, this was considered the highest mountain in the world. In 1955, a British expedition team led by Charles Evans successfully conquered it. Due to difficulty in trekking from India, and an isolated approach from Nepal, this mountain isn’t explored as much as the others.

Its local name is Chogori, which means King of Mountains. K2 is dubbed as the Savage Mountain due to the arduous ascent and chilling statistics according to which, one among every four people who reach the summit dies while climbing. K2 was discovered and measured by the Survey of India in 1856. It was first conquered on July 31, 1954 by an Italian climbers team.

Mount Everest, standing tall at 8,848 meters, is said to rise 1.6 to 3.9 inches per year. It is located along the border of Nepal and Tibet. The first people to climb it were Sir Edmond Hilary of New Zealand and Sherpa Tenzing Norgay of Nepal, on May 29, 1953. The Everest base camp is located at a height of 5360 meters. The longest stay on top of the peak was by Babu Chiri Sherpa, who stayed for twenty-one and half hours.

Every year many travel enthusiasts attempt to climb all the 14 peaks of the eight-thousanders. However, as of 2011, only 26 climbers have successfully completed the expedition. Approximately, 200 people have died trying to climb the Mount Everest. It is clearly not an easy task to climb these mountains as the terrain is tough and the weather conditions are not suitable to sustain human life. It is a true test of endurance and human will power. 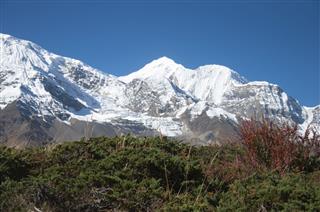 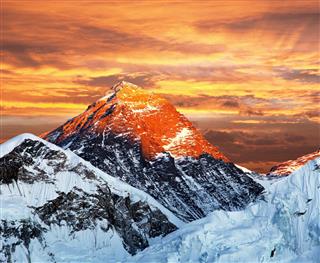 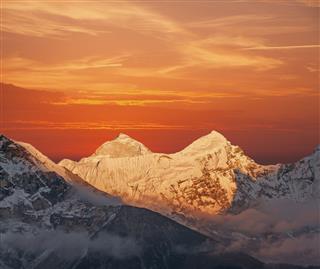 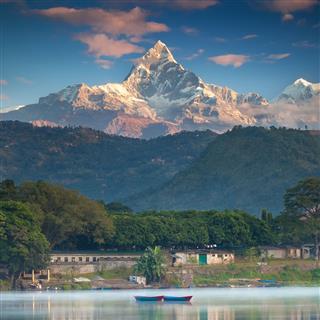 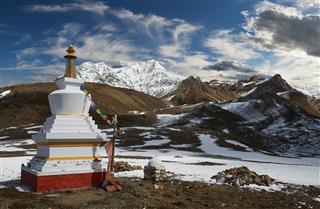 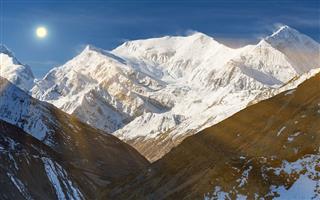 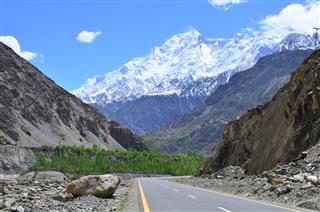 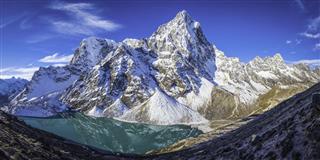 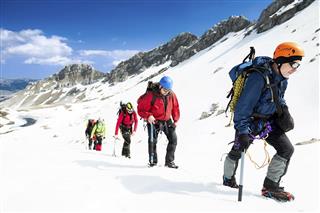