Did you know? Due to the injuries caused by skateboarding, this sport had been banned in Norway between the years 1978 and 1989. Here's some more interesting facts about this awesome sport, and now a preferred mode of travel by a lot of people. 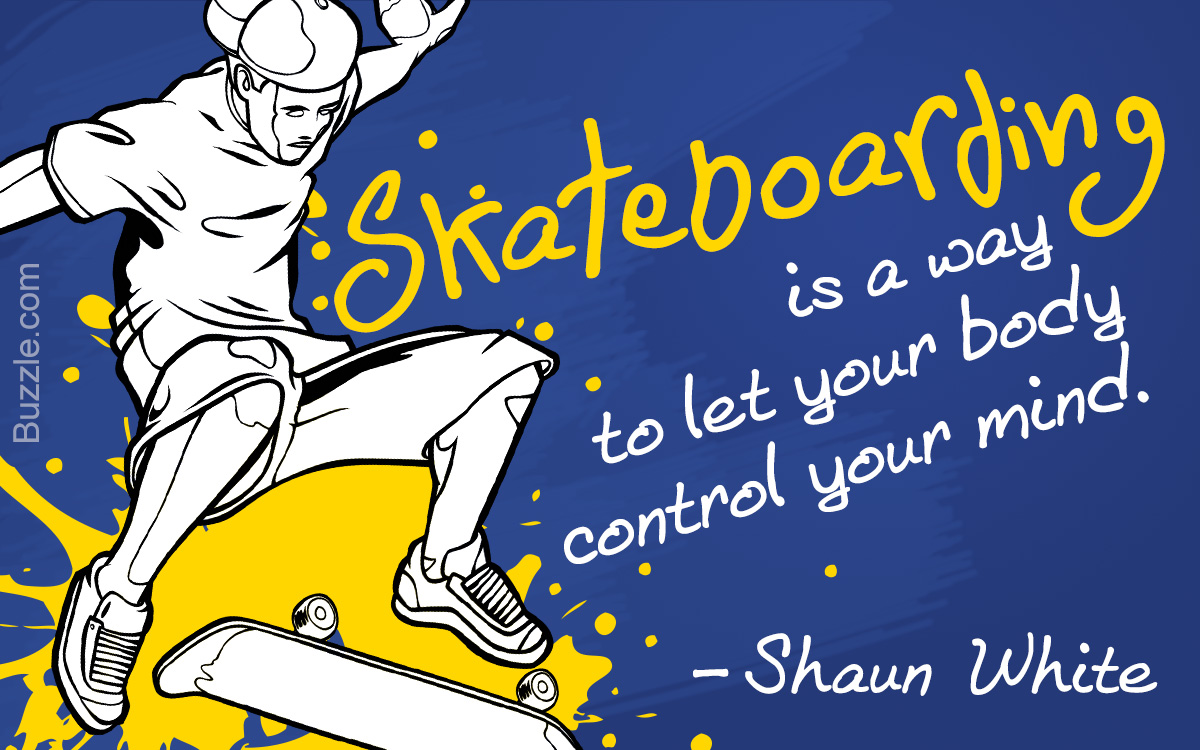 Did you know? Due to the injuries caused by skateboarding, this sport had been banned in Norway between the years 1978 and 1989. Here’s some more interesting facts about this awesome sport, and now a preferred mode of travel by a lot of people. 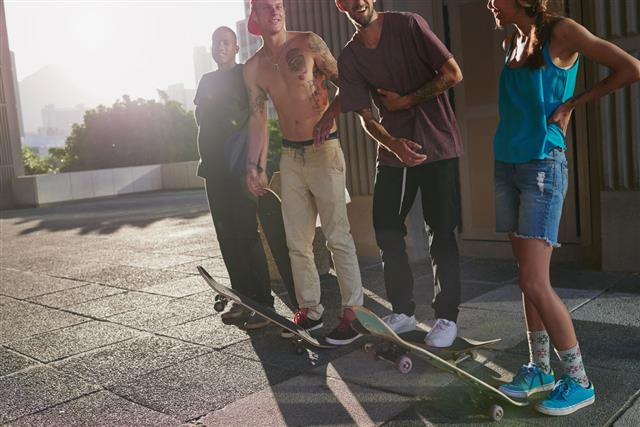 The popularity of skateboarding as a sport knows no bounds. With its complex tricks and ability to improve the hand-eye coordination, along with an increase in the general attention span, this sport has won several fans, a majority of whom belong to the United States of America. Apart from being a fun sport, skateboarding also strengthens the heart and tones the muscles in the body. Whether you indulge in it for its health benefits or just for sheer pleasure of the sport, here are some cool facts for all you skateboarding enthusiasts. 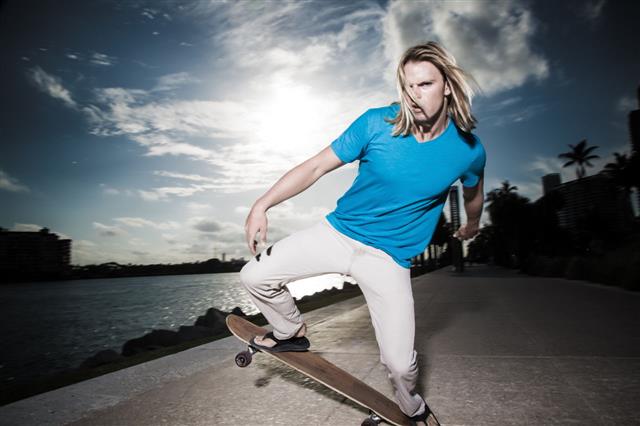 A fact that has arisen from history of skateboarding is that skateboarding has actually considered to have developed from surfing, and was initially known as sidewalk surfing, with the first skateboard being introduced in the year 1950. 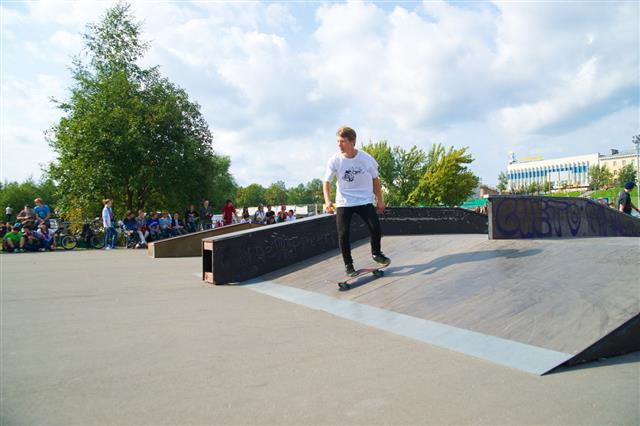 Skateboarding originated in California, and the first skateboard had handles so that it could be easily maneuvered by its users. The maximum number of skateboarders belong to California. 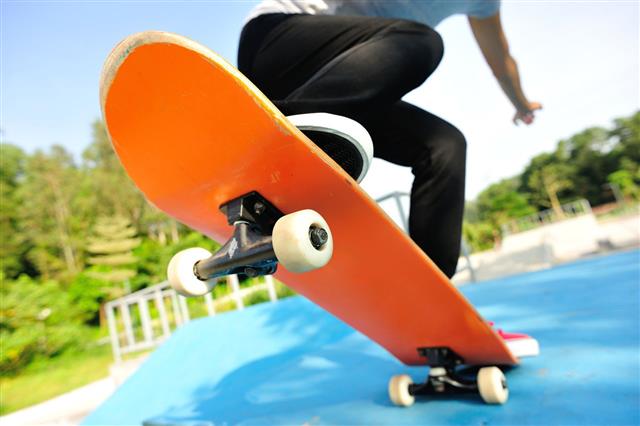 Before the ramp for skateboarding was invented, skateboarders used to practice in empty swimming pools and drainage ditches. It was later that they began to build the ramp, which led to the development of the half pipe that forms the core of skateboarding at more advanced levels. 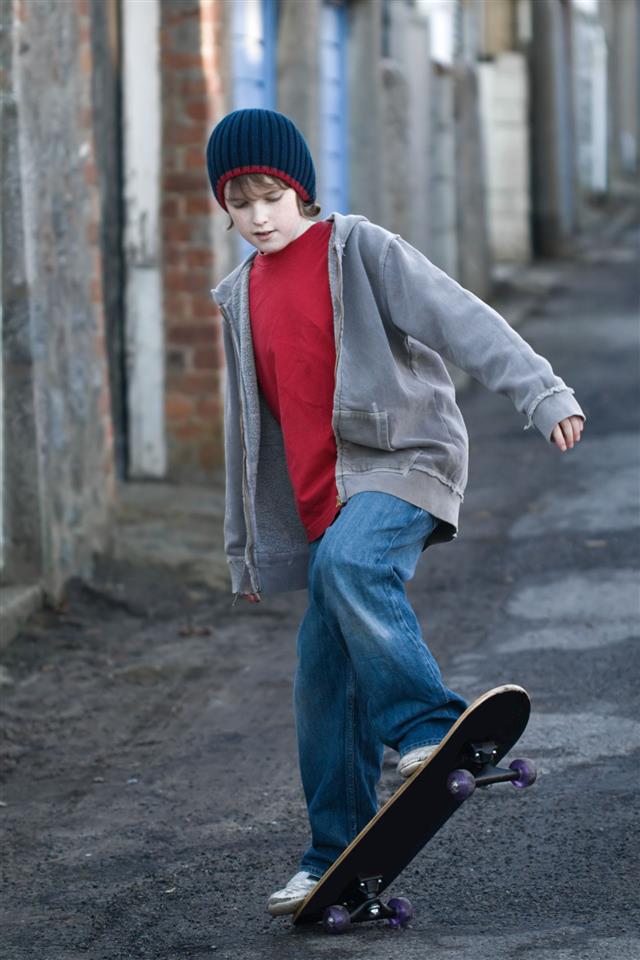 In order to raise funds for these skateboarding parks, professional skateboarders participated in golf fundraising tournaments. 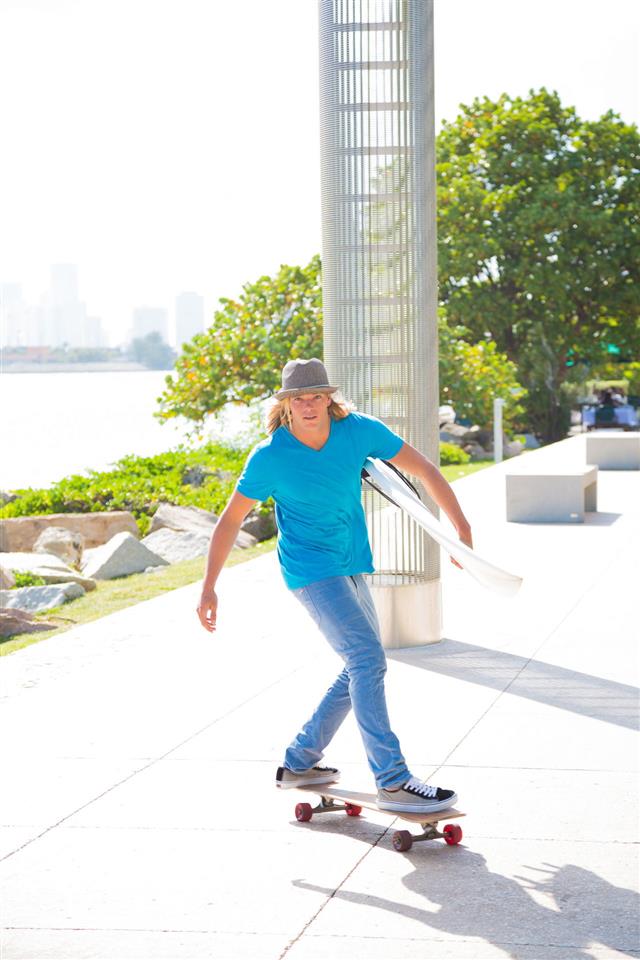 Among all the sports in the world, skateboarding has made its mark among the top ten most popular sports. 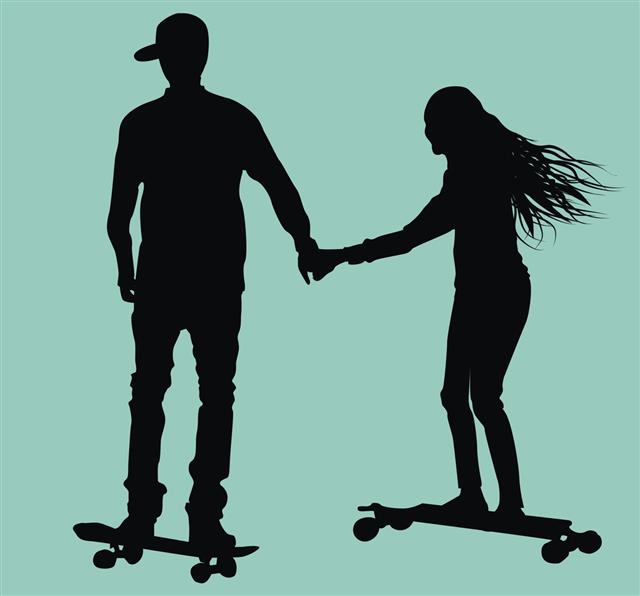 For those of you who think skateboarding is a man’s sport, here’s something for you. Women have been as involved in this sport as men since its inception. The first female professional skateboarder in history was Patti McGee. 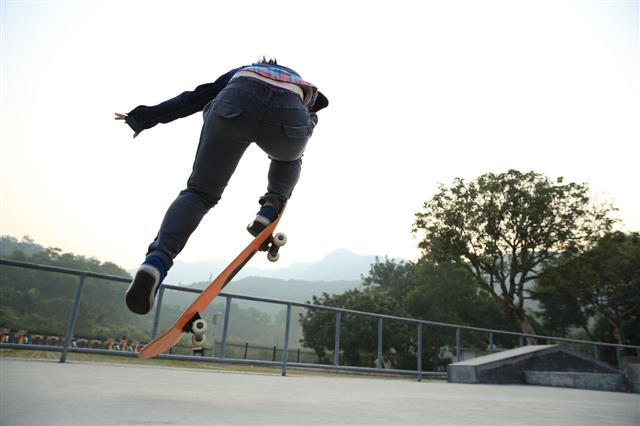 The first modern skateboarding trick was introduced by Alan Ollie Gelfand, and is now popularly known as the Ollie. This is one of the basic tricks that every aspiring skateboarder is expected to learn. 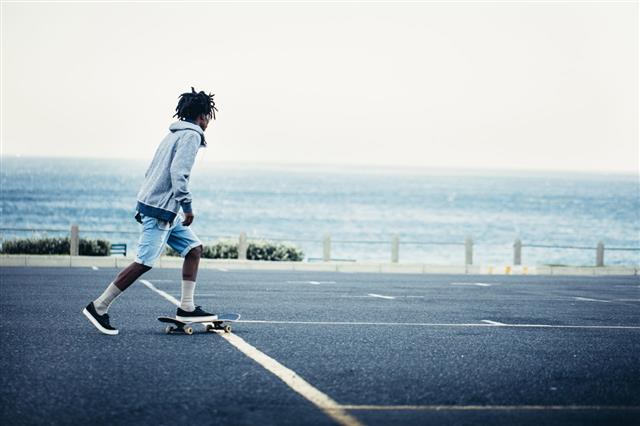 Though many people fail to notice it, or ignore this body part while skateboarding, the wrists are most prone to injury while performing this activity. It is thus essential that along with all the other protective gear, one should wear wrist guards too. 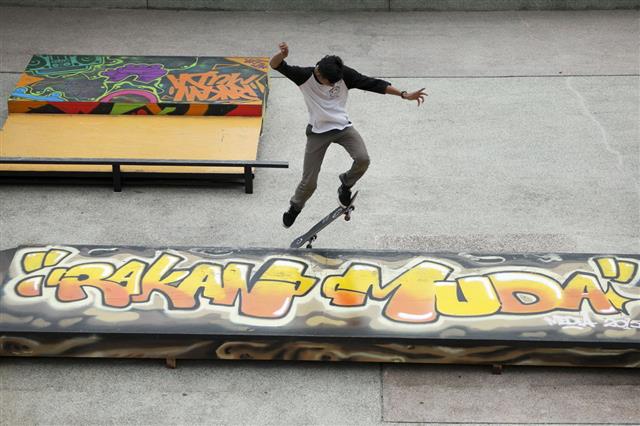 As the wrist and other body parts are prone to injury when skateboarding, doctors are visited by more than 80,000 people every year, after hurting themselves while performing this sport.

Of the people who skateboard, only 40% wear the right protective gear to prevent themselves from injury.

Kids as young as 2 years of age have dabbled in skateboarding, while the average age of skateboarders is 12 years. The oldest person to learn skateboarding was 67 years old. 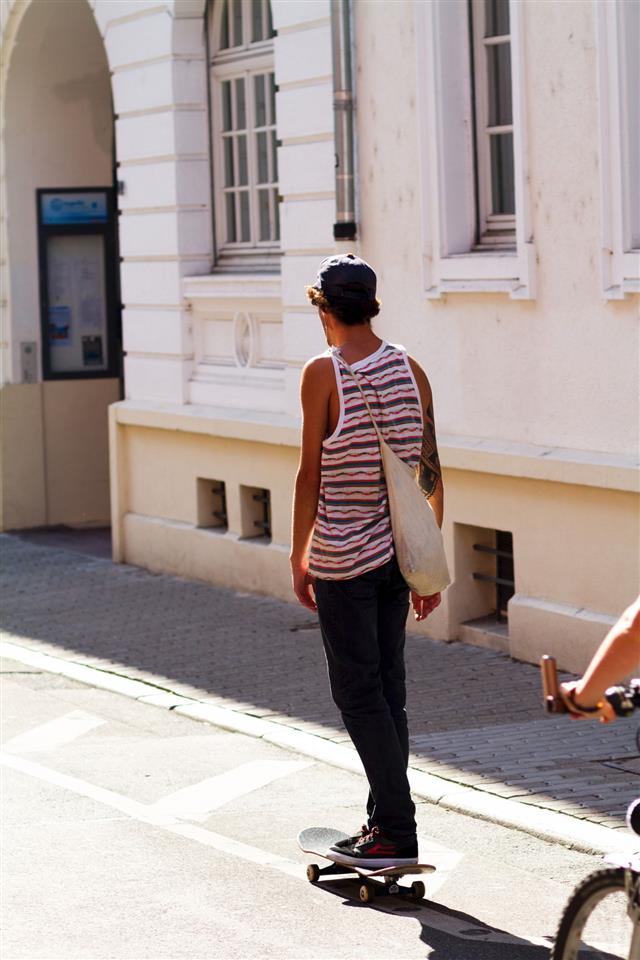 Skateboarding is now a preferred mode of travel for students around their campus. Furthermore, it has emerged as an alternative to and a way of dealing with the continuously increasing cost of gas. 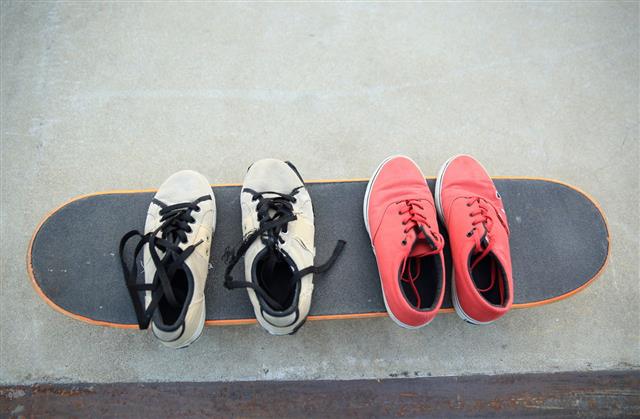 A skateboard deck is made from seven pieces of plywood maple. This fact can never be recognized by the naked eye. 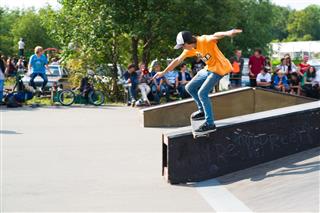 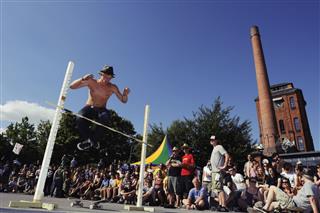