A Brief Explanation of the Working Principle of a Parachute

A parachute is used to reduce you falling speed when you jump from high altitudes. We all know that it works on the principle of 'air resistance'. But how exactly does this happen? This ThrillSpire article tells you about it in detail. 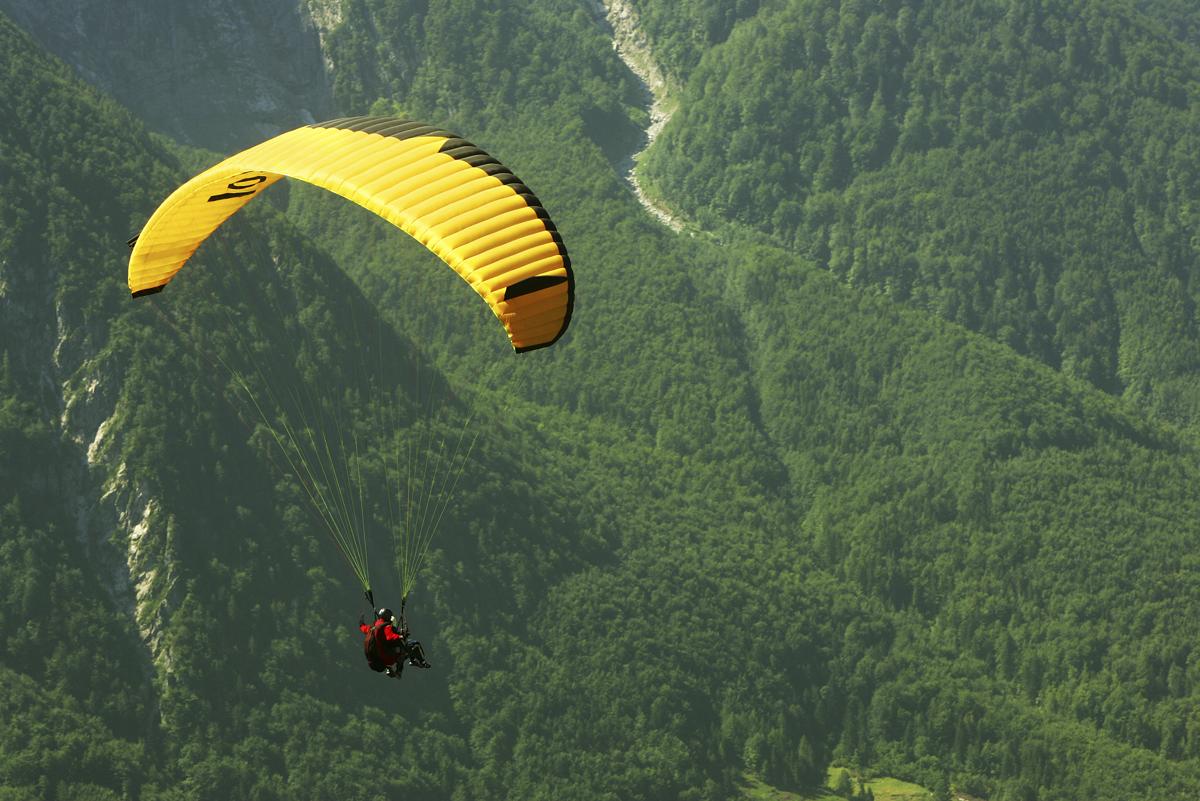 A parachute is used to reduce you falling speed when you jump from high altitudes. We all know that it works on the principle of ‘air resistance’. But how exactly does this happen? This ThrillSpire article tells you about it in detail.

A parachute can bring an entire plane or an aircraft to a halt! They use a horizontal parachute called drag chute, which helps in safe landing of a high-speed aircraft.

The word parachute comes from a French-Latin mix ‘para’, which means ‘against’ in Latin, and ‘chute’, which means ‘fall’ in French. So, parachute means ‘against the fall’, which pretty much explains how it works. A parachute is a light-weight device, made formerly of linen, canvas, and silk, and now of nylon and zero-porosity fabrics that are meant to slow down the fall of people and objects. It is used both as a safety measure in case of an air accident, and recreational purposes by skydivers, for military use, and for aid purposes like when dropping food, medicines, heavy machinery, and other items to disaster/war-affected areas.

With the craze for exotic adventure sports steadily increasing, the use of parachutes has gone up quickly since the past few years. But to be able to use it properly, you need to know how it really works. Take a look at the sections below to learn about them in detail.

History of the Parachute
The idea of a parachute has been around for quite a long time now. People in Ancient China experimented with large parasols in 9th century. Designers during the Italian Renaissance also pondered over the possibility of parachutes, and we have an extant example of a conical parachute drawn sometime in 1470 or thereabouts, by an anonymous artist. We also have Leonardo da Vinci’s parachute drawings that were done in Milan, around 1485. His parachutes too were of a conical shape.

The first time that a parachute was actually made and tried out with some measure of success was in 1617, when the Croatian inventor Fausto Veranzio, who had studied da Vinci’s sketches and designed a parachute of his own called Homo Volans for his 1595 book on mechanics ‘Machinae Novae’, jumped from a Venetian tower. He was then 65 years old.

The modern parachute was invented in 1783 by the Frenchman Louis-Sébastien Lenormand, but its use as a safety measure was explored by another Frenchman Jean-Pierre Blanchard. Blanchard was interested in hot air balloons, which were rather attracting public imagination then, and he wanted something to minimize the risks involved. So, he experimented by parachuting a small dog from a balloon in 1785. The dog’s fate is shrouded in history, but, given that Blanchard’s continued interest in parachutes, it probably had a non-parachute-related end. In 1793, Blanchard had the chance to try parachuting himself with his balloon on fire. He landed safely and went on to design a new parachute made of folded silk. Silk was strong and lightweight, so, in short, very feasible for parachutes. It was used for making parachutes right until modern times.

Another Frenchman, Andre Jacques Garnerin, made a jump over Paris from a balloon in 1797 and then went on to make a series of exhibition jumps, that is, jumping to entertain the crowds below. He also invented the vented parachute that improved the stability of the fall.

With the arrival of the airplane, there was a renewed interest in parachutes. U.S. Army Captain Albert Berry was the first person to parachute from a plane. Parachutes were used in the World War I as a rescue device for observers who scanned enemy territory from hot-air balloons, and began to be used widely by fliers during the World War II. Modern-day parachutes, with improved design and material, are used for assorted purposes.

How Does a Parachute Work?
A parachute works on the principle of ‘air resistance’. To understand this principle, you will need to try two things. Drop a stone and drop a feather from a certain height. You will see that the stone plummets down instantly, while the feather kind of floats down. When an object falls through the air, it basically creates a path by pushing aside the atoms and molecules in the air. A stone, with its heavy mass, has no problem doing this and so, drops to the ground quickly. But a feather, which has little mass and a larger surface area, finds it harder to shove aside the atoms and molecules and this interference slows down its fall. This is exactly how a parachute operates, getting the air molecules to slow down the fall and thus, make it safer.

A parachute is packed in a deployment bag or D-bag. The D-bag is placed in a container which is secured by a closing pin. Packing a parachute correctly is very important. When deployed, the parachute must unfold in a dependable and systematic way, without twisting or tangling the lines, and at an unhurried pace. If it opens too fast, the sudden decrease in speed can hurt the parachutist and there is also a chance of the equipment getting damaged. For this reason, specially trained and certified people are required to pack parachutes. And parachutes that are not often in use need to be unpacked and refolded regularly to keep them in good order.

This is how a parachute deploys.

Sometimes, for unforeseen reasons, a parachute may not open correctly or the lines may break. So, as an additional safeguard, parachutists carry a reserve parachute. Many parachutes nowadays also include an automatic activation device (AAD), which is a small computer programmed to open the reserve parachute at a certain altitude. So, in case the parachutist becomes confused or loses consciousness and can’t open the main chute, he/she can still count on the reserve chute.

So, now that you know the basic working of a parachute, it will definitely help you in applying the same rules and understanding the process better when you land from one. Happy and safe landing! 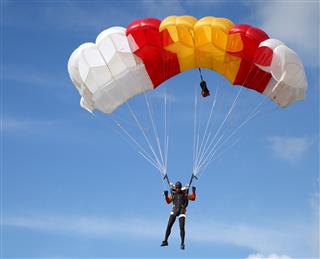 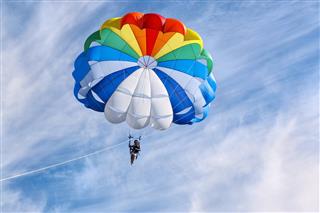 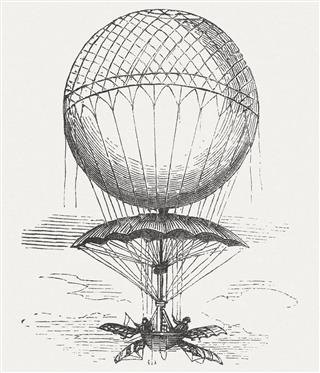 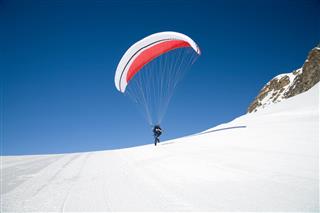 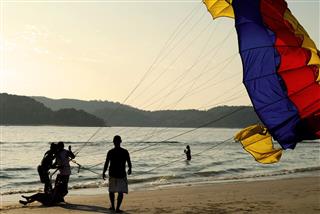 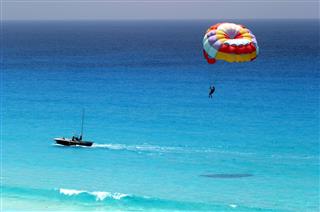 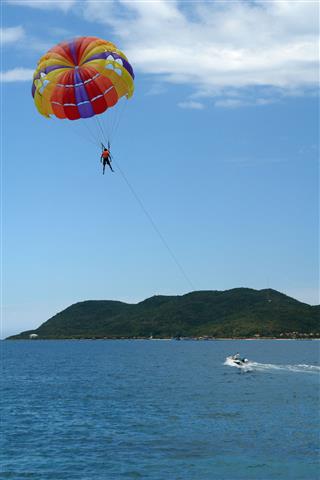 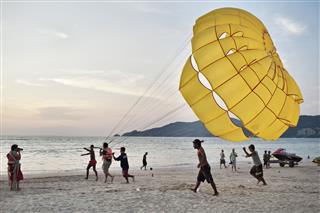 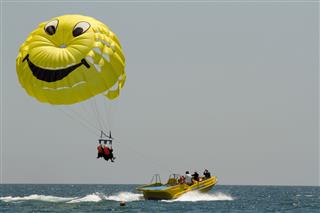 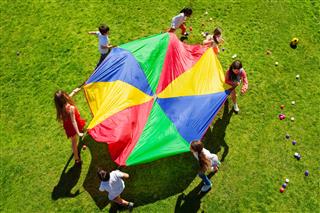 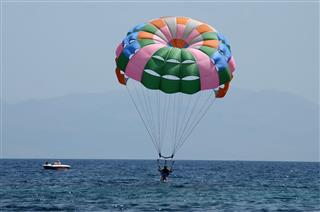