An Awesomely Simple Explanation of How a Parachute Works

A parachute is used extensively to break the fall from an aircraft or higher altitudes. Owing to its large surface area it aids to slow down the descent rate of the person or object thus resulting in a safe landing. Let us learn the mechanics behind this seemingly simple device through this ThrillSpire article.

Home / General / An Awesomely Simple Explanation of How a Parachute Works 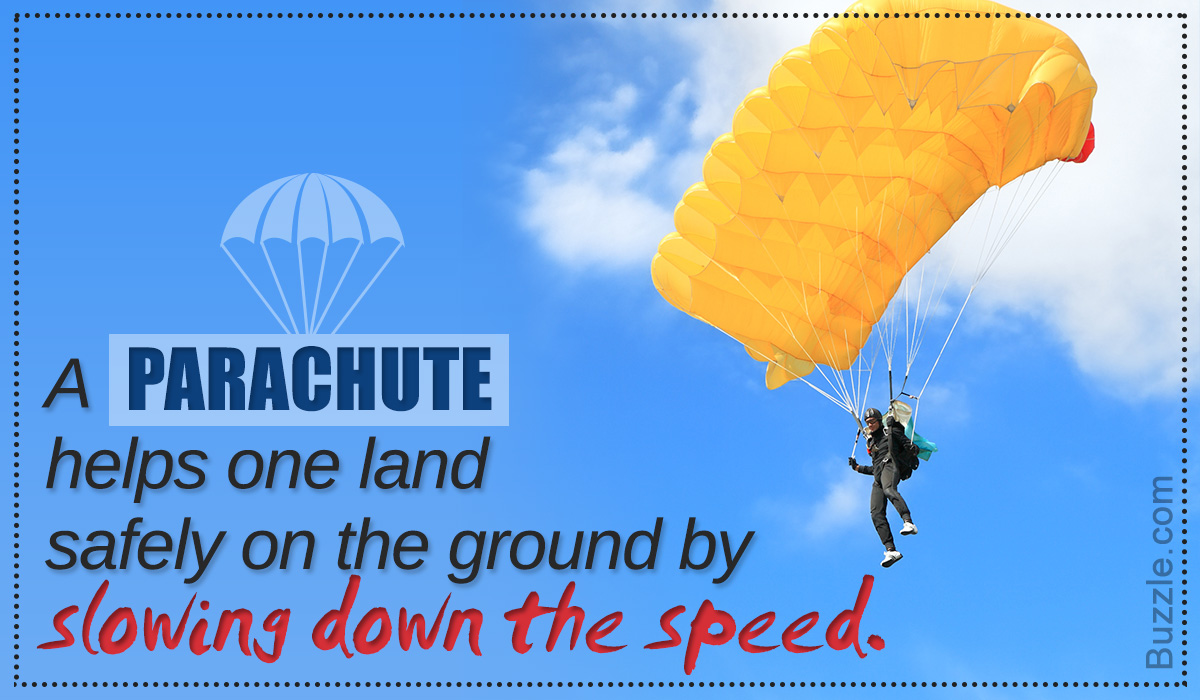 A parachute is used extensively to break the fall from an aircraft or higher altitudes. Owing to its large surface area it aids to slow down the descent rate of the person or object thus resulting in a safe landing. Let us learn the mechanics behind this seemingly simple device through this ThrillSpire article.

The word parachute comes from the French prefix paracete, originally from the Greek, meaning to protect against, and chute, the French word for ‘fall’. 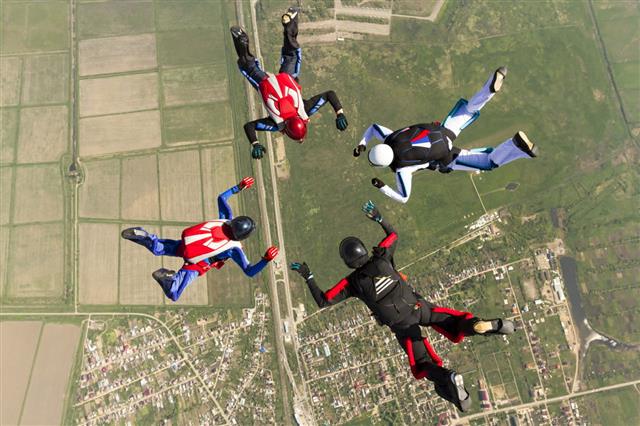 With the craze for adventure sports catching up pretty quick, it isn’t surprising to find a lot of people participating in activities that make use of the parachute. Action sports like skydiving, paragliding and parasailing employ the use of parachutes. 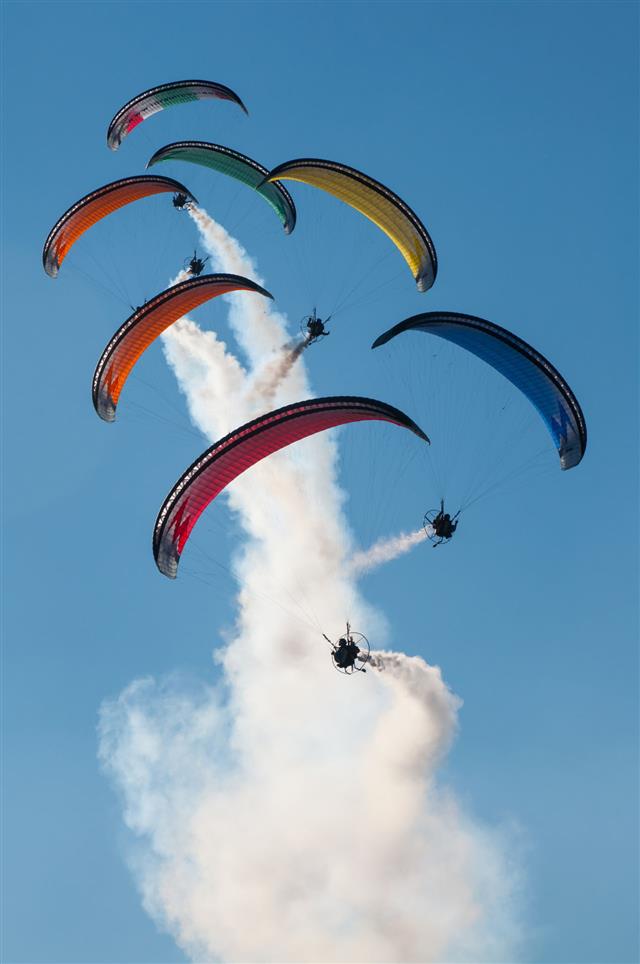 Besides, parachutes continue to be used to drop soldiers on battlefields without the need for a landing strip for the carrier plane. Parachutes are also used during rescue mission to drop supplies and equipment during times of floods.

A parachute works on a simple technique that helps break the fall by acting against the tug of gravity. In all simplicity explained, a parachute employs opposition energy to safely bring objects and people down towards the ground. To better understand the logic behind the parachute imagine yourself cycling against a strong gust of wind with a huge board. The board is sure to keep pushing you back making it difficult to surge ahead. The principle of a parachute is similar, the large surface area provides resistance thus allowing an object to glide rather than have a free fall to the ground.

The Working of a Parachute

When a person using a parachute opens it, he/she creates a certain amount of resistance owing to the large surface area covered by the parachute fabric. The expanded fabric or drag as it is known, traps the air molecules on the inner side of the chute causing it to blow outwards. This causes the molecules to balance out the pressure created in the air. Owing to the gravitational pull of the earth, the person wearing the parachute is pulled towards the earth but the pressure created due to the trapped molecules of air helps slow down their rate of fall. In short, an open parachute catches and entraps air particles equivalent to its surface area thus aiding a safe descend.

Have you closely observed a feather floating to the ground?

When an object falls, it uses all of its weight to push the air molecules aside. In the case of a feather, the surface area is larger than its weight which causes the air molecules to push back against the underside of the feather which works to slow down the rate of descent.

When the retarding force of the air just balances the downward pull of gravity, the object will no longer gain speed; it will have reached what is called its terminal velocity. Since the feather is so much lighter than a coin or a brick, the air resistance on it very quickly builds up to equal the pull of gravity, this causes the feather to lose out on speed and drift slowly to the ground. The same principle can be applied to the open parachute which causes it to drift slowly to the ground.

The fall of an object depends upon the weight it bears. The lighter it is, the longer it takes to reach the ground. The air carries the atoms and molecules that these objects push their way through in order to get to their destination. The rocks, being relatively heavier than the other objects, can push the air molecules out of their way. But objects as light as feathers find it difficult to make their way through these air molecules.

Since in case of humans, the parachute gathers in a lot of air molecules as it carries the person along, it manages to hold the person for longer time.