Known as 'Killing Peak', K2 (Mount Godwin-Austen) is the second-highest mountain peak in the world after Mount Everest. The K2 mountain facts given below present some interesting details. 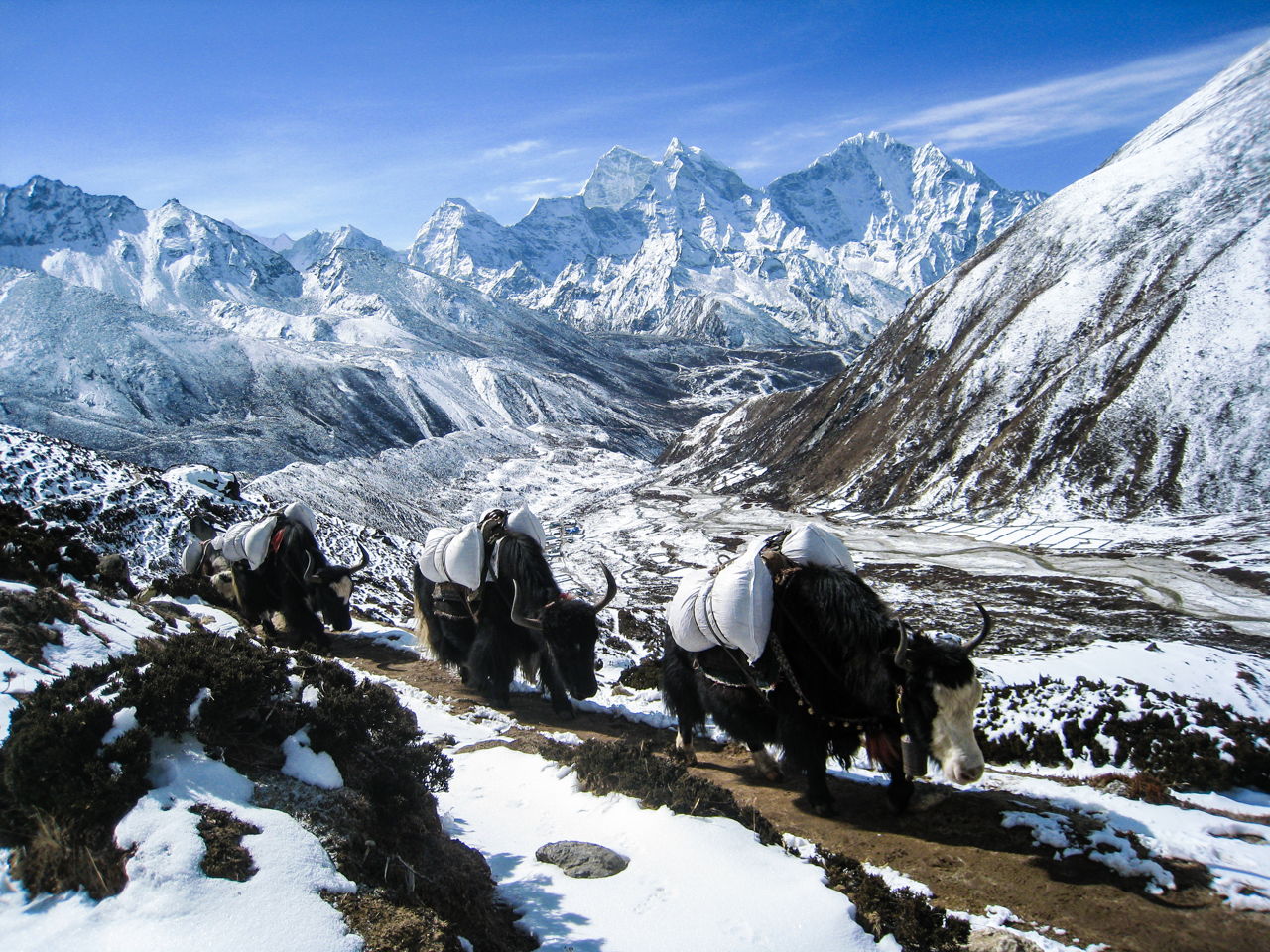 Known as ‘Killing Peak’, K2 (Mount Godwin-Austen) is the second-highest mountain peak in the world after Mount Everest. The K2 mountain facts given below present some interesting details.

Mount K2 is never climbed in the winter season. Raging storms coupled with cold weather make it almost impossible to climb this mountain during this time.

The second-highest mountain peak in the world, K2 is considered as one of the most difficult mountains to climb. The peak is known by different names like Chogo Ri, Ketu and Mount Godwin-Austen. The name Chogo Ri is derived from chhogo ri (Balti) – which means ‘large mountain’. The Baltis are an ethnic group from northern Pakistan. This mountain lies on the border of Pakistan and China. A part of the mountain lies in the Gilgit-Baltistan portion of Kashmir, administered by Pakistan. The rest of the mountain lies in China’s Uygur Autonomous Region of Xinjiang. The credit for discovering Mount K2 (1856) and measuring its height goes to Col. T.G. Montgomerie. He named the mountain K2, where ‘K’ stands for Karakorum. K2 was the 2nd peak listed, hence, 2 was included in its name. The period between April and October is considered best to climb K2. It takes at least 3 weeks to complete the trek.

• Ascending Mount K2 from the Chinese side is quite difficult and dangerous. Therefore, mountaineers generally prefer to take the path which lies on Pakistan’s side.

• K2 is nicknamed killing peak, owing to large number of casualties reported while climbing it.

• One of the highest mountain peaks in the world, K2 offers a spectacular view of the surrounding Masherbrum, Trango Towers, Uli Biaho Tower, Muztagh Tower, and Grand Cathedral.

• The expeditions to Mount K2 are fraught with dangers, and for every 4 people reaching the summit, 1 dies in the attempt. The fatality rate associated with Mount Everest is much lesser, i.e. 9%.

• The first attempt to climb K2 was made in 1902. The Anglo-Swiss expedition which made this attempt managed to climb 5,670 m. British climbers Aleister Crowley and Oscar Eckenstein led this expedition. Fourteen days were spent just to reach the base of the mountain.

• The Abruzzi Spur is a route commonly used to climb K2. By taking this route, mountaineers ascend the southeast ridge of the mountain.

• Mt. K2 was named ‘Mount Godwin-Austen’ after Col. Henry Haversham Godwin-Austen (an Englishman), who was a surveyor, naturalist, topographer, and geologist. He was the first one to survey this mountain peak.

• The first successful attempt to climb K2 was made by an Italian expedition. Achille Compagnoni and Lino Lacedelli from this expedition were the first to reach the summit, on 31st July, 1954; they took the Abruzzi Spur route to ascend the mountain. Ardito Desio, a geologist by profession, was the leader of this expedition.

• The second successful ascent of K2 came 23 years after the first one. A Japanese team led by Ichiro Yoshizawa ascended the peak on August 9, 1977.

• Mario Puchoz, a member of the Italian expedition (the first expedition to ascend K2), died of pneumonia.

• Wanda Rutkiewicz from Poland was the first woman to successfully climb the K2 peak.

• The route that is commonly used to travel to the base camp of K2 goes via Skardu. This place is well-connected to Islamabad by road.

• Traditionally, mountaineers climbed K2 without using oxygen masks. However, a change was observed since the 2004 season. In this season, 28 out of 47 mountaineers made use of bottled oxygen.

• The number of mountaineers to summit K2 reached 302 in early 2009. As many as 76 people died in their attempt to climb the mountain.

• In 1978, the first American expedition, led by James Whittaker, completed the ascent of K2. They took the route up the northeast ridge of the mountain.

• The year 1986 saw the death of 13 mountaineers while they attempted to climb K2. Few of these deaths were caused by avalanches, while others resulted from severe storms.

• Ichiro Yoshizawa led the second successful expedition to Mount K2 on 9th August, 1977. Ashraf Aman, who was part of the Japanese expedition, became the first Pakistani to climb this peak.

• As of 2009, 11 women attained success in climbing Mount K2. However, out of these 11, four lost their lives during the descent.

• The 1953 American Karakoram expedition is remembered for the climbers’ valiant effort to save one of their fellow climbers, Art Gilkey. Diagnosed with thrombophlebitis (blood clots), Gilkey was slowly lowered by climbers down the descent on a stretcher. Eventually a mass fall occurred and Gilkey was lost. The Gilkey Memorial at the K2 base camp serves as a burial place for those who die ascending it.

• The K2 is also known as the ‘Savage Mountain’.

• The ‘Killing peak’, K2 and mountains surrounding it have taken more lives than any other mountain peak.

• K2 has the highest fatality rate amongst the eight-thousanders.

• The period between June and August is most favorable for ascending the K2.

Mount K2 has been the subject of many books. Here is a list of books on Mount K2.

The K2 peak is one of the 14 eight-thousanders in the world. It poses a stiff challenge to mountaineers looking to reach the summit. Although K2 is amongst the most dangerous mountains to climb, it also offers some spectacular views of the Karakorum mountain ranges. All in all, climbing K2 is the greatest challenge for a mountaineer.